The Cleveland Cavaliers pay a visit to the Detroit Pistons at Little Caesars Arena on Monday night.

The Cleveland Cavaliers have been in a real slump as they’ve lost nine of their past 12 games and they will be looking to avoid a third straight game after getting routed by the Bulls in a 106-96 road loss on Saturday. Collin Sexton and Darius Garland each scored 22 points, Kevin Love scored 14 points with 11 rebounds while Isaac Okoro chipped in with 13 points. As a team, the Cavaliers shot 44 percent from the field and 12 of 30 from the 3-point line as they held the Bulls to just 18 points in the second quarter to take the narrow lead at halftime, only to get blown out in the third quarter where they were outscored by 33-21 to trail by as many as 16 points.

Meanwhile, the Detroit Pistons have been in a rut as they’ve lost four of their last five games and they will be looking to bounce back after getting stopped by the Wizards in a 121-100 road loss on Saturday. Isaiah Stewart led the team with 19 points, 12 rebounds and two blocks, Frank Jackson added 19 points on eight of 13 shooting while Josh Jackson chipped in with 17 points. As a team, the Pistons shot 44 percent from the field and nine of 27 from the 3-point line as they did enough to hang with the Wizards in the first half, before getting blown out in the second half where they were outscored by 60-45 as they just didn’t get their usual production from the usual suspects. Jerami Grant scored 14 points on four of 14 shooting, Cory Joseph scored just eight points on three of nine shooting while Saddiq Bey scored just four points on one of seven shooting.

Dennis Smith Jr, Cory Joseph and Jerami Grant are all out with injuries, while Wayne Ellington and Mason Plumlee are both being rested, so the Pistons will be severely depleted in this one. The Cavaliers are coming into this game ice-cold and just lost to the Bulls on Saturday, but I like their chances of getting the win in this one. The Cavaliers are 5-0 ATS in the last five meetings overall and I think that trend continues here as they escape with the win. 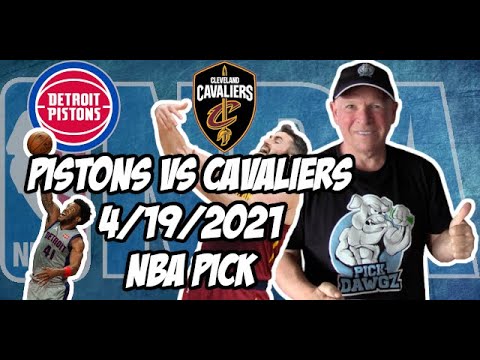