The Chicago Bulls travel to the TD Garden to do battle with the Boston Celtics on Monday night.

The Chicago Bulls have been in a real slump lately as they’ve lost 11 of their past 15 games, but they will be looking to build some momentum after arresting a five-game slide with a 106-96 home win over the Cavaliers on Saturday. Nikola Vucevic led the team with 25 points, seven rebounds and five assists, Lauri Markkanen added 16 points off the bench while Denzel Valentine chipped in with 13 points. As a team, the Bulls shot 50 percent from the field and 16 of 40 from the 3-point line as they scored just 18 points in the second quarter to fall behind at halftime, before taking control of the contest in the third quarter where they outscored the Cavaliers by 33-21 to lead by as many as 16 points.

Meanwhile, the Boston Celtics have been in red-hot form as they’ve won eight of their past nine games and they will be looking to build on their current six-game win streak after taking down the Warriors in a 119-114 home win on Saturday. Jayson Tatum led the team with 44 points, 10 rebounds and three assists, Kemba Walker added 26 points with eight rebounds and three assists while Marcus Smart chipped in with 16 points, nine rebounds and six assists. As a team, the Celtics shot 46 percent from the field and 15 of 46 from the 3-point line as they rallied back from an early 16-point deficit, before closing the final 3:40 on a 16-5 run to escape with the win.

I will update with betting trends once they become available.

Jaylen Brown is listed as questionable with an illness while Robert Williams has been ruled out, so the Celtics will be shorthanded in this one, but that shouldn’t cost them against a struggling Bulls team missing their best player in Zach LaVine who is out due to league health and safety protocols. The Celtics have caught fire in their last six games and I think they can stay hot with another win and cover here even if Brown doesn’t suit up. 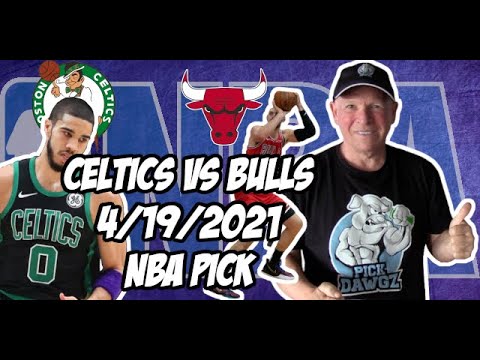