The Indiana Pacers pay a visit to the Atlanta Hawks at the State Farm Arena on Sunday afternoon.

The Indiana Pacers have been in decent shape as they’ve won five of their past eight games, but they will be looking to bounce back here after getting stopped in their tracks by the Jazz in a 119-111 road loss on Friday. Caris LeVert led the team with 24 points, Domantas Sabonis added 22 points with 15 rebounds and seven assists while Malcolm Brogdon chipped in with 16 points, six rebounds and four assists. As a team, the Pacers shot just 39 percent from the field and 13 of 39 from the 3-point line as they poured in 69 points in the first half to lead by as many as 17 points, before getting run down in the second half where they were outscored by 63-42.

Meanwhile, the Atlanta Hawks have been in fine form as they’ve won seven of their past nine games and they will be eager to bounce back after having their three-game win streak halted by the Bucks in a 120-109 home loss on Thursday. Bogdan Bogdanovic led the team with 28 points and seven assists, Solomon Hill added 18 points, while Clint Capela and Kevin Huerter each scored 16 points. As a team, the Hawks shot just 45 percent from the field and 14 of 34 from the 3-point line as they fell behind by 12 points at halftime, before pushing the margin out to 19 points in the third quarter. Trae Young had a night to forget as he scored just 15 points and nine assists on three of 17 shooting while committing six turnovers.

Head to head, the over is 5-2 in the last seven meetings overall and the Pacers are 4-1 ATS in the last five meetings in Atlanta.

John Collins is listed as questionable while Danilo Gallinari, Tony Snell, Kris Dunn and De’Andre Hunter are all listed as out for the Hawks, while Myles Turner and Doug McDermott is questionable for the Pacers. The Hawks were building some nice momentum before running into the Bucks on Thursday while the Pacers just lost to the red-hot Jazz back on Friday. The Hawks have the advantage of an extra days’ rest here and they could have Collins back in the lineup which would be huge, so I’m taking the Hawks in this one. 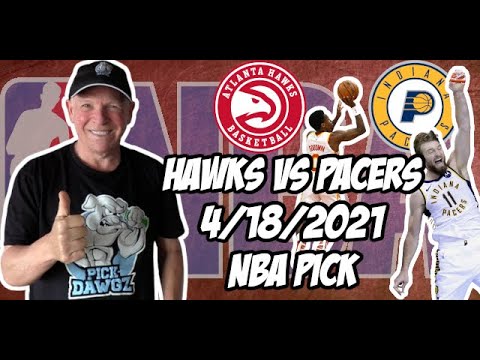