The Utah Jazz pay a visit to the Los Angeles Lakers at the Staples Center on Saturday afternoon.

The Utah Jazz have been in great shape as they’ve won four of their last five games and they will be aiming for a third straight win after taking down the Pacers in a 119-111 home win last night. Bojan Bogdanovic led the team in scoring with 24 points on nine of 16 shooting, Donovan Mitchell added 22 points, Jordan Clarkson scored 18 points off the bench while Rudy Gobert chipped in with 13 points, 23 rebounds and four blocks. As a team, the Jazz shot 48 percent from the field and 16 of 42 from the 3-point line as they struggled to get going and fell behind by as many as 17 points, before outscoring the Pacers by 63-42 in the second half to come out on top.

Meanwhile, the Los Angeles Lakers have been in decent shape as they’ve won six of their past 11 games, but they will be looking to bounce back after falling short against the Celtics in a 121-113 home loss on Thursday. Talen Horton-Tucker led the team with 19 points, seven rebounds and seven assists, Marc Gasol added 18 points while Ben McLemore chipped in with 17 points off the bench. As a team, the Lakers shot 44 percent from the field and 12 of 37 from the 3-point line as they struggled to keep pace with the Celtics and trailed by as many as 27 points in the fourth quarter, before a late rally kept the game interesting late.

The Jazz have been one of the most consistent teams all season and they’re coming into this game with plenty of momentum with four wins in their last five games, while the Lakers were on a nice run before getting stopped by the Celtics in their last outing. I like the Jazz to get the win here, but they’re playing on zero days’ rest, so I’m going with the shorthanded Lakers to hang in the contest right till the end. 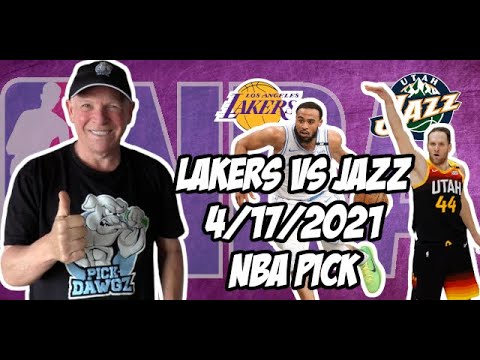