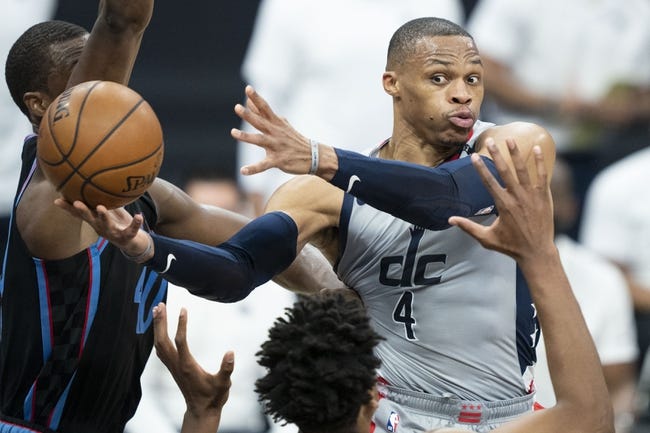 The Detroit Pistons and the Washington Wizards collide at the Capital One Arena on Saturday night.

The Detroit Pistons have been in rough shape as they’ve lost five of their last eight games, but they will be looking to build some momentum after snapping a three-game skid with a 110-104 home win last night. Josh Jackson led the team with 29 points on nine of 16 shooting, Saddiq Bey added 18 points on eight of 20 shooting, Frank Jackson scored 18 points off the bench while Isaiah Stewart chipped in with 15 points, 21 rebounds and two blocks. As a team, the Pistons shot just 42 percent from the field and 10 of 35 from the 3-point line as they struggled to get going and fell behind by as many as 15 points early, before bouncing back in the second half where they used a pivotal 8-1 run late in fourth quarter to escape with the impressive comeback win.

Meanwhile, the Washington Wizards have really sprung to life with five wins in their last six games and they will be gunning for a fourth straight victory after outlasting the Pelicans in a 117-115 overtime home win last night. Russell Westbrook led the team with 36 points, 15 rebounds and nine assists on 13 of 24 shooting, Bradley Beal added 30 points with six assists on 10 of 29 shooting while Daniel Gafford chipped in with 18 points and four blocks off the bench. As a team, the Wizards shot 46 percent from the field and a miserly four of 27 from the 3-point line as they held the Pelicans to just 16 points in the fourth quarter to force overtime where they escaped with the narrow win behind a 10-point scoring burst from Westbrook.

Head to head, the under is 7-3 in the last 10 meetings overall and the Pistons are 0-5 ATS in the last five meetings in Washington.

Jerami Grant is expected to make his return to the lineup in a major boost for the Pistons who were able to win without him last night., but they’re up against a Wizards team who are suddenly one of the hottest teams in the league after struggling for most of the season. The Pistons would’ve taken plenty of confidence from their comeback win over the Thunder, but I’m sticking with the streaking Wizards to stay hot with another win and cover behind their backcourt.