The New Orleans Pelicans travel to the Capital One Arena to take on the Washington Wizards on Friday night.

The New Orleans Pelicans have been in decent shape as they’ve won four of their past seven games, but they will be looking to bounce back after having their three-game win streak halted by the Knicks in a 116-106 home loss on Wednesday. Brandon Ingram led the team with 28 points and seven assists, Zion Williamson added 25 points with eight rebounds and seven assists while Nico Marshall chipped in with 14 points, nine rebounds and four assists. As a team, the Pelicans shot 45 percent from the field and six of 28 from the 3-point line as they hung with the Knicks until the fourth quarter where they managed just 17 points.

Meanwhile, the Washington Wizards have been on a nice run lately as they’ve won four of their last five games and they will be aiming for a third straight win after beating the struggling Kings in a 123-111 road win on Wednesday. Bradley Beal led the team with 31 points, Russell Westbrook racked up a triple-double of 25 points with 15 rebounds and 11 assists while Davis Bertans chipped in with 16 points off the bench. As a team, the Wizards shot 52 percent from the field and seven of 24 from the 3-point line as they set the tone with 42 points in the first quarter to take the early double-digit lead which grew to 19 points in the second half.

The Pelicans were on a nice run before getting stopped by the Knicks on Wednesday, but the good news is that Lonzo Ball is expected to return for the first time in a week. The Wizards have come to life with four wins in their last five games and they are 4-0 ATS in their last four games against a team with a losing record. You can make an argument for either side here, but I’m leaning towards the Wizards to stay hot with a win and cover at home. 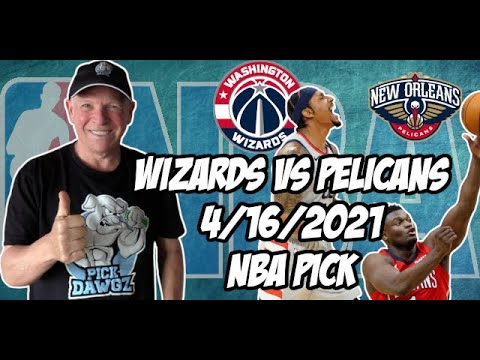