The Philadelphia 76ers play host to the Los Angeles Clippers at the Wells Fargo Center on Friday night.

The Los Angeles Clippers have been on fire as they’ve won 13 of their past 15 games and they will be looking to build on their current seven-game win streak after escaping Detroit with a 100-98 road win on Wednesday. Reggie Jackson led the team with 29 points on 12 of 24 shooting, Ivica Zubac added 18 points with 13 rebounds while Luke Kennard chipped in with 17 points and 10 rebounds on five of 17 shooting. As a team, the Clippers shot just 39 percent from the field and seven of 29 from the 3-point line as they struggled for most of the game and trailed by as many as 11 points in the fourth quarter, before they were able to rally back and steal the game on a clutch shot from Jackson with just 2.8 seconds left on the clock. Marcus Morris, Kawhi Leonard and Paul George were all rested for this one.

Meanwhile, the Philadelphia 76ers have been in pretty good shape as they’ve won six of their past eight games and they will be gunning for a fourth straight win after taking down the Nets in a 123-117 home win on Wednesday. Joel Embiid led the team with 39 points, 13 rebounds and two blocks, Tobias Harris added 26 points on 11 of 17 shooting while Ben Simmons chipped in with 17 points and nine assists. As a team, the 76ers shot 51 percent from the field and 13 of 28 from the 3-point line as they dominated most of the game to lead by as many as 22 points, before having to work hard in the fourth quarter to hold on for the narrow win after the shorthanded Nets cut the lead to just three points with 1:49 remaining.

The Clippers were far from convincing in their narrow win over the Pistons on Wednesday, but there’s no denying that they’ve been one of the hottest teams in the league as they’ve won 13 of their past 15 games overall. The 76ers are coming into this one with plenty of momentum as they’ve won six of eight, but they could be shorthanded here as Dwight Howard and Tobias Harris are both listed as questionable in this one. Kawhi Leonard is listed as questionable for this one, but I'n still leaning towards the Clippers to escape with the narrow win here. 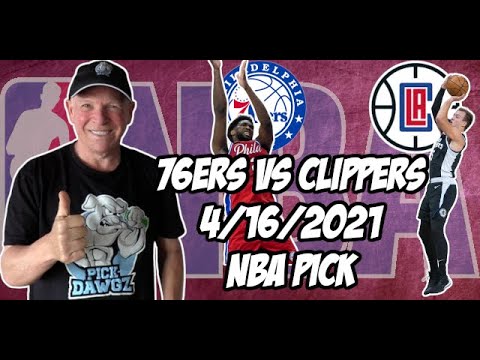