The Indiana Pacers pay a visit to the Utah Jazz at the Vivint Arena on Friday afternoon.

The Indiana Pacers have been in good form lately as they’ve won five of their past seven games and they will be looking to stay hot after beating the Rockets in a 132-124 road win on Wednesday. Caris LeVert led the team with 27 points on 10 of 20 shooting, Malcolm Brogdon added 23 points with 14 rebounds and nine assists while Domantas Sabonis chipped in with 22 points, 10 rebounds and seven assists. As a team, the Pacers shot 53 percent from the field and 15 of 36 from the 3-point line as they dominated the first half where they poured in 75 points to lead by as many as 22 points, before hanging on for the narrow win as the Rockets cut the lead to six points with 5:58 remaining.

Meanwhile, the Utah Jazz have been in great shape as they’ve won 12 of their past 15 games and they will be looking to maintain their momentum after taking down the Thunder in a 106-96 home win on Tuesday. Bojan Bogdanovic led the team with 23 points, Donovan Mitchell added 22 points, Georges Niang scored 18 points with 10 rebounds while Mike Conley chipped in with 15 points and 14 assists. As a team, the Jazz shot just 41 percent from the field and 17 of 47 from the 3-point line as they struggled to get going and trailed by as many as 17 points early, before outscoring the Thunder by 66-38 in the second and third quarters combined to lead by as many as 25 points.

Myles Turner and Doug McDermott are both listed as questionable for the Pacers, while Jordan Clarkson is expected to return for the Jazz. The Pacers are coming into this game with plenty of momentum and they’re a dangerous team with Brogdon and LeVert starting to really gel together, but the Jazz are still one of the hottest teams in the league and they’ve won 25 of their 28 home games this season. I like the Jazz to get the win in this one, but I think the Pacers do enough to keep this one to single digits. 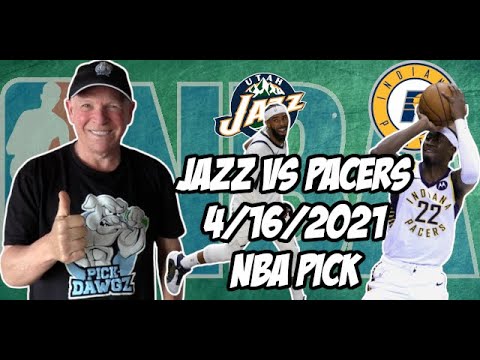