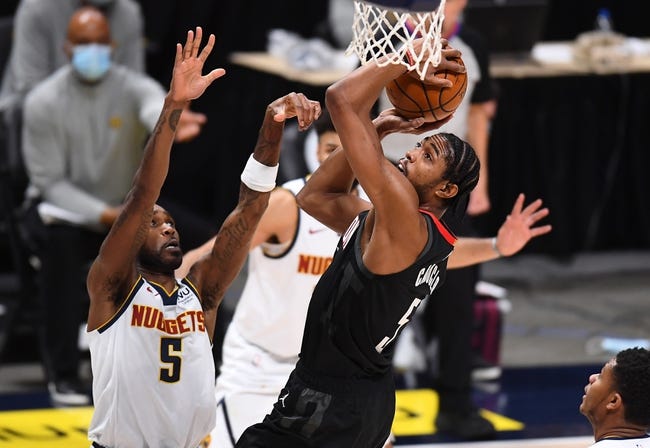 The Denver Nuggets and Houston Rockets meet Friday in NBA action at the Toyota Center.

The Denver Nuggets are a scary team to back with big chalk given the loss of Jamal Murray, but backing the Rockets simply isn't an option. The Houston Rockets continue to lose, they're losing their last five games by an average of 7.6 points and they're 18-37 against the spread on the season and 6-21 against the spread at home. Backing the Rockets is not an option. I'll lay the chalk with the Nuggets on the road.