The Brooklyn Nets play host to the Charlotte Hornets at the Barclays Center on Friday night.

The Charlotte Hornets have been in decent shape as they’ve won seven of their past 13 games, but they will be hoping to put an end to a three-game slide after getting routed by the Cavaliers in a 103-90 home loss on Wednesday. Terry Rozier led the team with 22 points, seven rebounds and eight assists, Miles Bridges added 20 points while Devonte Graham chipped in with 15 points and seven assists on five of 16 shooting. As a team, the Hornets shot just 40 percent from the field and 16 of 44 from the 3-point line, but they got off to a slow start and were always fighting an uphill battle after scoring just 18 points in the second quarter. The Hornets had no answer for the Cavaliers’ Taurean Prince who drained six 3-pointers on his way to a game-high 25 points.

Meanwhile, the Brooklyn Nets have been in great form as they’ve won seven of their past 10 games, but they will be looking to bounce back after falling just short to the 76ers in a 123-117 road loss on Wednesday. Kyrie Irving led the team with 37 points and nine assists on 13 of 22 shooting, Landry Shamet added 17 points, Jeff Green scored 15 points while DeAndre Jordan chipped in with 12 points, 14 rebounds and five assists. As a team, the Nets shot 51 percent from the field and a miserly four of 21 from the 3-point line as they struggled to hang with the 76ers and trailed by as many as 22 points, before rallying in the fourth quarter to get within three points with 1:49 remaining. James Harden, Kevin Durant and Blake Griffin were all out with injuries.

The Hornets will again be without Malik Monk, PJ Washington, Gordon Hayward and Devonte Graham, and their confidence took a real hit after falling to the Cavaliers on Wednesday. The Nets have their own injury concerns as James Harden continues to sit out, but they almost pulled off the upset against the 76ers after trailing by as many as 22 points. I expect the Hornets to come out firing in this one, but with all their injuries I just don’t think they have enough firepower to hang in the contest here. 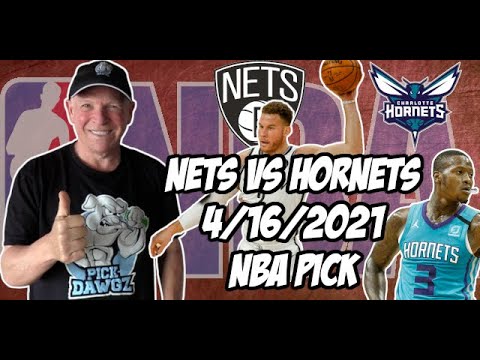