The Golden State Warriors and the Cleveland Cavaliers at the Rocket Mortgage Fieldhouse on Thursday night.

The Golden State Warriors are starting to heat up now as they’ve won four of their last five games and they will be looking to build on their current three-game win streak after blowing past the struggling Thunder in a 147-109 road win last night. Stephen Curry drained 11 3-pointers on his way to 42 points with eight assists, Jordan Poole added 17 points off the bench, Andrew Wiggins scored 16 points while Draymond Green tallied a triple-double of 12 points with 10 rebounds, 16 assists and three steals. As a team, the Warriors shot a healthy 54 percent from the field and 24 of 47 from the 3-point line as they outscored the Thunder by 39-22 in the second quarter to take a 21-point lead into halftime, before exploding for 50 points in the third quarter to push the margin out to 44 points.

Meanwhile, the Cleveland Cavaliers have been in rough shape as they’ve lost seven of their past 10 games, but they will be looking to build some momentum after stopping the Hornets in a 103-90 road win last night. Taurean Prince led the team with 25 points on nine of 13 shooting off the bench, Kevin Love and Darius Garland each scored 17 points while Jarrett Allen chipped in with 15 points. As a team, the Cavaliers shot 48 percent from the field and 13 of 31 from the 3-point line, but this win was about their defense, particularly in the second quarter where they held the Hornets to just 18 points and they kept that intensity throughout to earn the much-needed victory.

The Warriors look to be a team on the rise and it’s no surprise that it’s coincided with Curry finding his range from behind the arc. The Cavaliers were in a real slump before snapping out of it with a nice win over the Hornets, but I just don’t like their chances against a Warriors team starting to heat up. The Warriors are 5-0 ATS in the last five meetings in Cleveland and I think that trend continues here as the Warriors win and cover behind another big game from Curry. 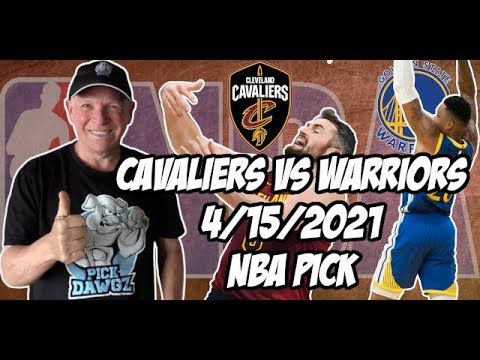