The San Antonio Spurs travel to the Amalie Arena to take on the Toronto Raptors on Wednesday night.

The San Antonio Spurs have been in a rut as they’ve lost 10 of their past 14 games, but they will be looking to build on a current two-game win streak after blowing past the Magic in a 120-97 road win on Monday. DeMar DeRozan led the team with 19 points and six assists, Dejounte Murray added 17 points with six assists while Derrick White chipped in with 15 points. As a team, the Spurs shot 51 percent from the field and 10 of 25 from the 3-point line as they dominated this one right from the start by holding the Magic to just 16 points in the first quarter to take an early double-digit lead, before pushing the margin out to 30 points in the third quarter to put the game to bed early.

Meanwhile, the Toronto Raptors have been in terrible shape as they’ve lost eight of their past 11 games and they will be hoping to avoid a third straight loss after last night’s 108-103 loss to the Hawks. Pascal Siakam led the team with 30 points and seven assists on 13 of 19 shooting, Malachi Flynn added 22 points while OG Anunoby chipped in with 15 points. As a team, the Raptors shot 47 percent from the field and just 10 of 39 from the 3-point line as they fell behind by 12 points at halftime after allowing 38 points in the second quarter, before fighting their way back to within two points with 19.8 seconds remaining.

The Spurs haven’t looked anything like the team I’ve grown up watching as they used to dominate the regular season, but they’re coming into this one with a bit of momentum after beating up on the slumping Magic on Monday. The Raptors have been the most disappointing team this season and they’re playing this one on zero days’ rest after falling short against the Hawks last night. The Spurs are 8-1 ATS in the last nine meetings overall, but Kyle Lowry is expected to return for the Raptors after resting last night and I think that'll be just enough to get the Raptors over the line in this one. 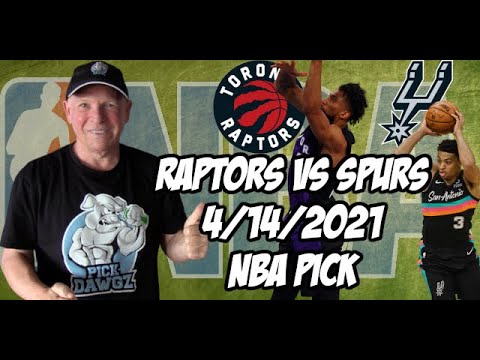