The Orlando Magic and the Chicago Bulls duke it out at the United Center on Wednesday night.

The Orlando Magic have been in horrendous form as they’ve lost 19 of their past 23 games and they will be hoping to put an end to a six-game slide after getting routed by the Spurs in a 120-97 loss on Monday. RJ Hampton led the team in scoring with 16 points and eight rebounds off the bench, Wendell Carter Jr. added 15 points with eight rebounds and four assists while Desmond Bacon chipped in with 14 points. As a team, the Magic shot 45 percent from the field and a miserly five of 20 from the 3-point line as they struggled right from the beginning and fell behind by double-digits early after scoring just 16 points in the first quarter, before getting blown out in the third quarter where they trailed by as many as 30 points.

Meanwhile, the Chicago Bulls have been in a real slump as they’ve lost nine of their past 12 games and they will be hoping to avoid a fourth straight defeat after getting dropped by the Grizzlies in a 101-90 road loss on Monday. Zach LaVine led the team with 21 points and nine assists, Thaddeus Young added 20 points on 10 of 15 shooting, Daniel Theis scored 18 points off the bench while Nikola Vucevic chipped in with 17 points, 10 rebounds and five steals. As a team, the Bulls shot just 41 percent from the field and just five of 31 from the 3-point line as they looked to be in control after leading by nine points in the third quarter, only to go ice-cold in the fourth quarter where they were outscored by 31-16. Coby White scored just six points on two of eight shooting, while Lauri Markkanen finished scoreless on zero of three shooting.

The Magic haven’t been able to get any momentum going for a while now and they must be low on confidence after getting routed by the Spurs on Monday. The Bulls haven’t been much better as they’ve lost nine of their past 12 games, but you get the feeling they’ll turn things around eventually with how well LaVine has been playing lately. The line seems a little hefty, but I think the Bulls get back on track with a big win in this one. 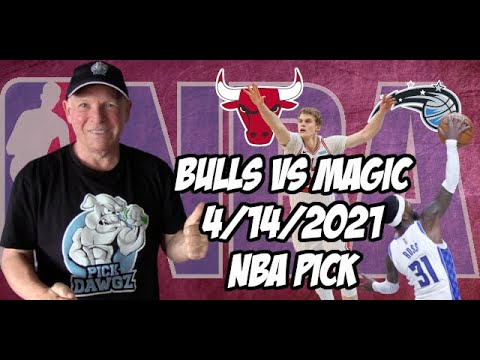