The Minnesota Timberwolves play host to the Milwaukee Bucks at the Target Center on Wednesday night.

The Milwaukee Bucks have been a little below their best as they’ve lost six of their past 10 games, but they will be looking to build some momentum after making light work of the struggling Magic in a 124-87 road win on Sunday. Khris Middleton led the team with 21 points, eight rebounds and five assists, Bobby Portis added 16 points with 10 rebounds off the bench while Jrue Holiday chipped in with 12 points and seven assists. As a team, the Bucks shot 48 percent from the field and 19 of 40 from the 3-point line, but this win was all about their defense as they held the Magic to just 38 points in the first half to take a 19-point lead into halftime, before making it a complete blowout in the fourth quarter where they exploded for 39 points.

Meanwhile, the Minnesota Timberwolves have been struggling lately as they’ve lost nine of their past 13 games and because their last game got postponed, they haven’t played since their 121-117 home win over the Bulls on Sunday. Karl-Anthony Towns led the team with 27 points, 12 rebounds and eight assists, D’Angelo Russell added 27 points on nine of 13 shooting off the bench while Ricky Rubio chipped in with 17 points and nine assists. As a team, the Timberwolves shot 49 percent from the field and 16 of 36 from the 3-point line as they poured in 37 points in the second quarter to take an 11-point lead into halftime, before escaping with the narrow win on a pair of clutch free throws from Towns as the Bulls made a late rally.

The Bucks haven’t been at their usual level lately as they’ve struggled a bit without Giannis Antetokounmpo who is listed as questionable for Wednesday, but they just beat the brakes off the Magic and haven’t played since Sunday. The Timberwolves have found a bit of form lately and are coming off a win over the Bulls and they’re starting to get consistent production from Russell which is great to see. The Bucks are 10-4 ATS in the last 14 meetings overall and I like them to get the win, but I think the Timberwolves keep this one to single digits at home. 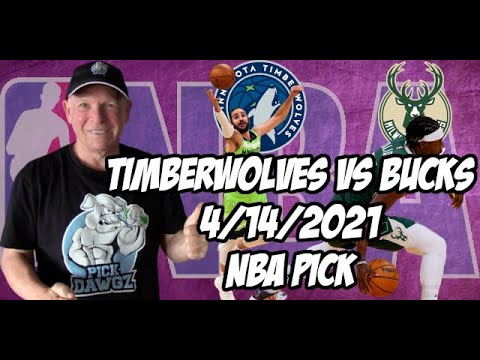