The Cleveland Cavaliers and the Charlotte Hornets duke it out at the Spectrum Center on Wednesday afternoon.

The Cleveland Cavaliers have been in dreadful form as they’ve lost eight of their past 10 games and they will be hoping to snap a two-game skid after falling short against the Pelicans in a 116-109 home loss on Sunday. Dean Wade led the team with 21 points on eight of 12 shooting, Kevin Love and Isaac Okoro each scored 19 points while Cedi Osman chipped in with 15 points and seven assists off the bench. As a team, the Cavaliers shot 48 percent from the field and 13 of 40 from the 3-point line as they stormed out of the gates with 39 points in the first quarter to lead for most of the game, before getting run down in the fourth quarter where they went ice-cold and managed just 15 points.

Meanwhile, the Charlotte Hornets have been in decent shape as they’ve won seven of their last 12 games, but they will be hoping to snap a two-game skid after last night’s 101-93 loss to the Lakers. Devonte Graham led the team with 19 points and six assists, Caleb Martin added 17 points with 10 rebounds and five assists while Jordan McDaniels chipped in with 16 points and eight rebounds. As a team, the Hornets shot just 43 percent from the field and nine of 35 from the 3-point line as they trailed by just two points at halftime, before going ice-cold in the third quarter where they scored just 16 points to fall behind by 11 points. The Hornets did rally to get to within one point with 2:29 remaining, but they just couldn’t get over the line as the Lakers escaped on free throws down the stretch.

The Cavaliers are coming into this game in terrible form, but at least they will have the advantage of extra rest as they haven’t played since Sunday, while the Hornets will be eager to avoid a third straight loss after falling to a spirited Lakers team last night. I wouldn’t be surprised if the Cavaliers pulled off the upset in this spot, but even though the Hornets are playing on zero days’ rest, I still think they get the win and cover here. 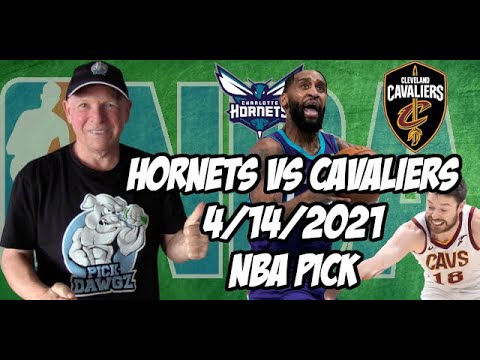