The Minnesota Timberwolves play host to the Brooklyn Nets at the Target Center on Tuesday afternoon.

The Brooklyn Nets have been in great form as they’ve won six of their past eight games but they will be hoping to bounce back after getting routed by the shorthanded Lakers in a 126-101 home loss on Saturday. Kevin Durant led the team in scoring with 22 points, seven rebounds and five assists, Kyrie Irving added 18 points before getting ejected while LaMarcus Aldridge chipped in with 12 points. As a team, the Nets shot 43 percent from the field and a miserly five of 27 from the 3-point line as they hung in the contest after suffering a slow start, before getting completely blown out in the second half by 65-43 after watching Kyrie Irving get ejected in the third quarter. Perimeter shooting was their downfall in this one as they were outscored by 57-15 at the 3-point line while committing a total of 19 turnovers.

Meanwhile, the Minnesota Timberwolves have been in a funk as they’ve lost six of their past nine games, but they will be looking to build some momentum now after outlasting the Bulls in a 121-117 home win last night. Karl-Anthony Towns led the team with 27 points, 12 rebounds and eight assists, D’Angelo Russell added 27 points on nine of 13 shooting off the bench, Ricky Rubio scored 17 points with nine assists while Anthony Edwards chipped in with 15 points. As a team, the Timberwolves shot 49 percent from the field and 16 of 36 from the 3-point line as they poured in 37 points in the second quarter to take an 11-point lead into halftime, before hanging on for the narrow win after the Bulls cut the deficit to just one point with 4:43 remaining.

The Nets were absolutely rolling through teams before getting stopped in their tracks by the shorthanded Lakers on Saturday, so you know they will be itching to get back on the floor. The Timberwolves were really struggling for form before upsetting the Bulls in a narrow win last night. The Nets are just 2-7 ATS in their last nine games overall and they will be without key players in Kyrie Irving, LaMarcus Aldridge and James Harden, so you have to go with the Timberwolves and the points in this spot. 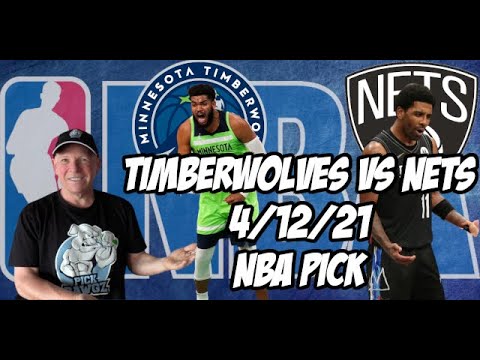