The Atlanta Hawks travel to the Amalie Arena to do battle with the Toronto Raptors on Tuesday night.

The Atlanta Hawks have been in great shape lately as they’ve won six of their past seven games and they will be looking for a third straight win after sneaking past the Hornets in a 105-101 road win on Sunday. Bogan Bogdanovic drained eight 3-pointers on his way to 32 points, Clint Capela added 20 points with 15 rebounds and three assists while Brandon Goodwin chipped in with 17 points and eight assists. As a team, the Hawks shot 45 percent from the field and 17 of 39 from the 3-point line as they poured in 33 points in the first quarter to take the early 17-point lead, before having to close the game on a 6-0 run in the final 1:34 to escape with the narrow win.

Meanwhile, the Toronto Raptors have been in a bit of a rut as they’ve lost seven of their past 10 games and they will be hoping to bounce back after falling short against the Knicks in a 102-96 road loss on Sunday. Gary Trent Jr. led the team with 23 points on nine of 17 shooting, Kyle Lowry added 19 points with seven rebounds and six assists, Chris Boucher scored 17 points with 14 rebounds and four blocks while Pascal Siakam chipped in with 16 points with seven assists. As a team, the Raptors shot just 41 percent from the field and 11 of 34 from the 3-point line but they just left themselves too much ground to make up after falling behind by 18 points in the first half. Siakam shot just five of 18 from the field while Malachi Flynn shot just two of nine from the field to finish with just six points.

The Hawks are coming into this game with plenty of momentum and they will be full of confidence as they’ve already beaten the Raptors twice this season, but Trae Young is listed as questionable, while Danilo Gallinari is listed as doubtful, so the Hawks will likely be shorthanded here. It's really hard to make an argument for the Raptors who have been so inconsistent this season, but with Lowry back in the lineup, I think the Raptors can get the much-needed win here. 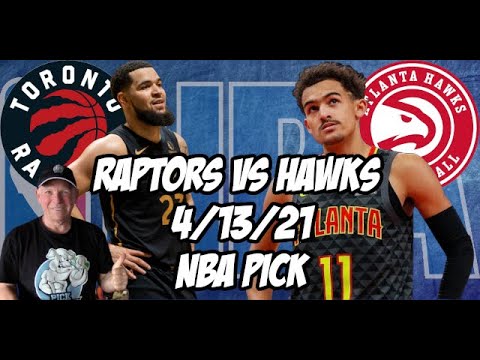