The San Antonio Spurs pay a visit to the Orlando Magic at the Amway Center on Monday night.

The San Antonio Spurs have been in a funk lately as they’ve lost 10 of their past 13 games, but they will be looking to build some momentum now after sneaking past the red-hot Mavericks in a 119-117 road win last night. DeMar DeRozan led the team with 33 points and eight assists on 13 of 25 shooting, Dejounte Murray added 25 points on 11 of 17 shooting while Lonnie Walker chipped in with 13 points off the bench. As a team, the Spurs shot 47 percent from the field and 13 of 42 from the 3-point line as they fought hard to hang with the Mavericks until DeRozan drained the tiebreaking jumper with just 0.5 seconds remaining to give the Spurs the much-needed win.

Meanwhile, the Orlando Magic have been in a real slump as they’ve lost nine of their past 12 games and they will be hoping to put an end to a five-game slide after last night’s 124-87 home loss to the Bucks. Mo Bamba led the team in scoring with 21 points on eight of 11 shooting off the bench while Cole Anthony chipped in with 12 points, seven rebounds and five assists, but no other player finished in double figures in scoring. As a team, the Magic shot just 37 percent from the field and eight of 36 from the 3-point line, but the writing was on the wall early as the Magic managed just 38 points in the first half to trail by 19 points at halftime, before getting completely blown out in the third quarter by 39-20 as the Bucks finished in a flurry.

The Spurs were really struggling for form before last night’s much-needed win over the Mavericks, while the Magic have been in a major struggle and are coming into this one fresh off a 37-point loss to the Bucks last night. The Magic could be shorthanded once again as Chuma Okeke is listed as questionable for this one, so I’m going with the Spurs to get on a roll with another win here. 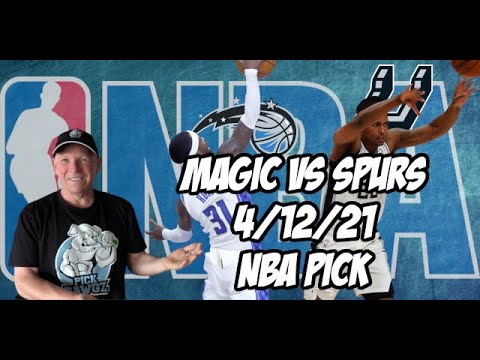