The Los Angeles Lakers pay a visit to the New York Knicks at Madison Square Garden on Monday night.

The Los Angeles Lakers have been in fine form lately as they’ve won five of their past eight games and they will be looking to stay hot after routing the Nets in a 126-101 road win on Saturday. Andre Drummond led the team with 20 points, 11 rebounds and one block, Dennis Schroder added 19 points on seven of 11 shooting before getting ejected while Talen Horton-Tucker chipped in with 14 points and 11 assists on four of 16 shooting. As a team, the Lakers shot 50 percent from the field and 19 of 34 form the 3-point line as they took the narrow lead at halftime, before running away with it in the second half where they outscored the Nets by 65-43 to win comfortably in the end.

Meanwhile, the New York Knicks have fallen off the pace with five losses in their past eight games, but they will be gunning for a third straight win after last night’s 102-96 home win over the Raptors. Julius Randle led the team with 26 points, eight rebounds and five assists, RJ Barrett added 19 points with five assists while Elfrid Payton and Derrick Rose each scored 11 points. As a team, the Knicks shot 39 percent from the field and nine of 35 from the 3-point line as they dominated the first half to lead by as many as 18 points, before having to work hard and hold the Raptors to just 20 points in the fourth quarter to escape with the narrow win.

Head to head, the over is 6-2 in the last eight meetings overall and the Lakers are 2-7 ATS in the last nine meetings in New York.

Wesley Matthews and Marc Gasol are listed as questionable for Monday while LeBron James and Anthony Davis are both still out, so the Lakers could be severely depleted once again. The Knicks haven’t been at their best lately, but they are starting to heat up again with a couple of wins on the trot and they are 9-4-1 ATS in their last 14 home games. This should be a close one, but I like the Knicks to get the narrow win and cover at home in this one. 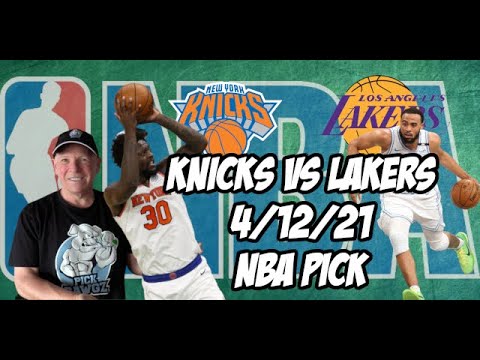