The Dallas Mavericks play host to the San Antonio Spurs at the American Airlines Center on Sunday night.

The San Antonio Spurs have been in a real slump as they’ve lost 10 of their past 12 games and they will be hoping to avoid a sixth straight loss after falling just short to the Nuggets in a 121-119 road loss on Friday. Derrick White led the team with 25 points on nine of 16 shooting, DeMar DeRozan added 24 points with 12 assists while Keldon Johnson and Rudy Gay each scored 15 points. As a team, the Spurs shot 46 percent from the field and nine of 27 from the 3-point line as they suffered another slow start and trailed by as many as 18 points, before pouring in 36 points in the fourth quarter to fall painfully short as they had their potential game-tying shot blocked at the buzzer.

Meanwhile, the Dallas Mavericks have been in great form as they’ve won six of their past seven games and they will be looking to stay hot after blowing past the Bucks in a 116-101 home win on Thursday. Luka Doncic led the team with 27 points, nine rebounds and nine assists, Kristaps Porzingis added 26 points with 17 rebounds and two blocks while Josh Richardson chipped in with 14 points and four assists. As a team, the Mavericks shot 44 percent from the field and 17 of 45 from the 3-point line as they struggled to get going and trailed the Bucks until the fourth quarter where they outscored the Bucks by 36-17 to win comfortably in the end.

The Spurs haven’t been able to build any momentum lately and they’re coming into this one fresh off back to back losses to the Nuggets. The Mavericks have been on a nice roll lately and they would’ve taken so much confidence from their win over the Bucks on Thursday. I expect the Spurs to turn things around eventually, but I'm just not getting enough points to back against this red-hot Mavericks team. 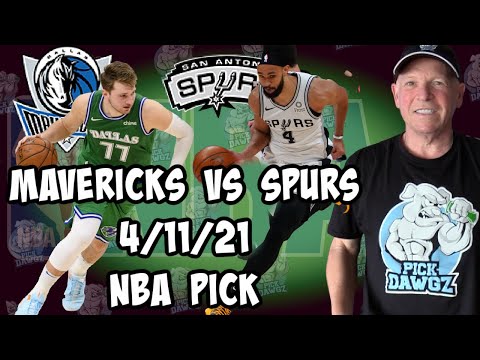