The Detroit Pistons and Los Angeles Clippers meet Sunday in NBA action at the Staples Center.

The Detroit Pistons are 7-2 agains the spread as a double-digit underdog, but they're on the end of a back to back and have been clapped at times in these situations. The Los Angeles Clippers have not only won 10 of their last 12 games, but they're winning their last five games by an average of 11 points while shooting 49.1 percent from the field. The Clippers are also 18-11 against the spread at home. Big number, but the Clippers cover it assuming they're somewhat motivated. I'll lay the chalk. 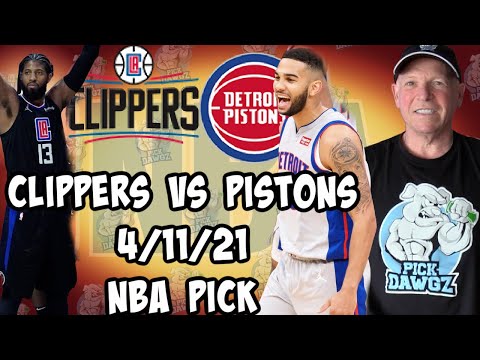