The Atlanta Hawks and the Charlotte Hornets duke it out at the Spectrum Center on Sunday afternoon.

The Atlanta Hawks have been in fine form as they’ve won five of their past six games and they will be looking to stay hot after rallying past the Bulls in a 120-108 home win on Friday. Trae Young led the team with 42 points, eight rebounds and nine assists on 15 of 25 shooting, Clint Capela added 22 points with 10 rebounds and two blocks while Danilo Gallinari chipped in with 20 points off the bench. As a team, the Hawks shot a sizzling 56 percent from the field and seven of 27 from the 3-point line as they struggled to contain the Bulls’ Zach Lavine and found themselves trailing by as many as 13 points, before taking over in the second half where they outscored the Bulls by 67-42.

Meanwhile, the Charlotte Hornets have been in great shape as well as they’ve won seven of their past 10 games and they will be aiming for a third straight win after taking down the Bucks in a 127-119 road win on Friday. Miles Bridges led the team with 26 points, seven rebounds and four assists, Devonte Graham and Terry Rozier each scored 20 points, Jordan McDaniels added 19 points while PJ Washington chipped in with 18 points. As a team, the Hornets shot 48 percent from the field and 19 of 50 from the 3-point line as they came out strong and poured in 66 points in the first half to take a 11-point halftime lead, before pouring in another 34 points in the third quarter to blow the margin out to 21 points.

The Hawks are coming into this game with plenty of momentum with five wins in their last six games and they will be full of confidence after their comeback win over the Bulls on Friday. The Hornets have been playing pretty solid basketball themselves and they just took down a depleted Bucks team, so it’s no surprise that the line is just about a coin flip. It’s tempting to take the Hornets as minor underdogs at home and they’ve been good enough to beat the lesser teams in the league despite their lack of depth, but the Hawks look so much better with Capela back in the lineup and I think they’ll be too good here. 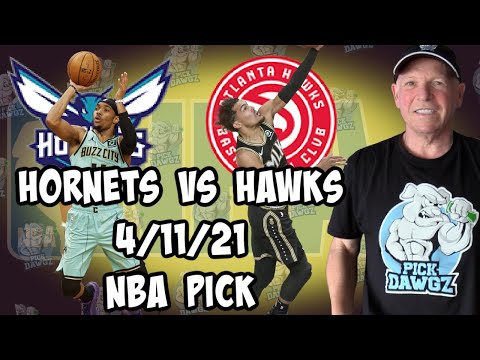