The Toronto Raptors pay a visit to the Cleveland Cavaliers at the Rocket Mortgage Fieldhouse on Saturday night.

The Toronto Raptors have been in a major slump as they’ve lost 15 of their past 18 games and they will be hoping to snap a two-game skid after getting stopped by the Bulls in a 122-113 home loss on Thursday. Chris Boucher led the team with a career-high 38 points with 19 rebounds on 14 of 24 shooting, Pascal Siakam added 27 points with eight rebounds and three blocks while OG Anunoby chipped in with 13 points, but no other player finished in double figures in scoring. As a team, the Raptors shot just 43 percent from the field and 11 of 34 from the 3-point line as they struggled to get going and quickly found themselves trailing by 13 points at halftime, before the Bulls poured in another 33 points in the third quarter to push the margin out to 22 points. The injuries were once again too much to overcome as the Raptors’ second unit combined to score just 20 points compared to the Bulls’ 47 bench points.

Meanwhile, the Cleveland Cavaliers have been in a funk of their own as they’ve lost six of their past eight games, but they will be aiming for a third straight win after routing the slumping Thunder in a 129-102 road win on Thursday. Collin Sexton led the team with 27 points on nine of 17 shooting, Taurean Prince added 22 points and six assists off the bench, Darius Garland added 21 points with five assists, while Kevin Love chipped in with 18 points, 11 rebounds and two assists. As a team, the Cavaliers shot 51 percent from the field and 13 of 37 from the 3-point line as they came out firing with 65 points in the first half to take the narrow lead, but it was their defense that was the difference as they held the Thunder to just 41 points in the second half to win easily.

The Raptors have really struggled to keep their heads above water with all their injuries and Kyle Lowry is listed as questionable, while Fred VanVleet has already been ruled out. The Cavaliers have come to life with a couple of wins on the trot and they would’ve taken so much confidence from their dominant win over the Thunder on Thursday. The Raptors are only 3-13 ATS in the last 16 meetings in Cleveland and I think that trend continues here as the Cavaliers take advantage of a depleted Raptors team. 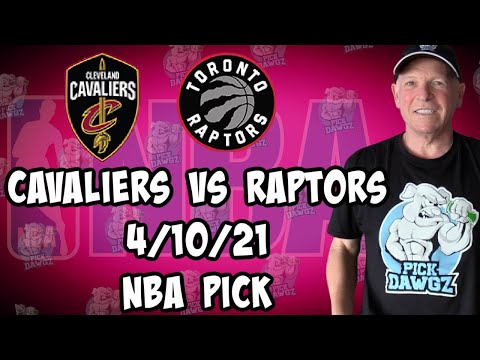