The Brooklyn Nets play host to the Los Angeles Lakers at the Barclays Center on Saturday night.

The Los Angeles Lakers have been in fine form lately as they’ve won four of their past seven games, but they will be looking to bounce back in this one after getting stopped by the Heat in a 110-104 road loss on Thursday. Kentavious Caldwell-Pope led the team with 28 points on 11 of 20 shooting, Andre Drummond added 15 points with 12 rebounds and three assists while Dennis Schroder chipped in with 10 points and 14 assists. As a team, the Lakers shot 44 percent from the field and 12 of 35 from the 3-point line as they held the Heat to just 22 points in the second quarter to take the lead at halftime, but they went cold in the fourth quarter and were out of reach after the Heat went on a pivotal 9-2 run late.

Meanwhile, the Brooklyn Nets have been on a tear lately as they’ve won six of their past seven games and they will be looking to stay hot after blowing past the Pelicans in a 139-111 home win on Wednesday. Kyrie Irving led the team with 24 points and six assists, LaMarcus Aldridge added 22 points on eight of 12 shooting while Kevin Durant chipped in with 17 points, seven rebounds and five assists in just 19 minutes off the bench. As a team, the Nets shot a healthy 55 percent from the field and 19 of 41 from the 3-point line as they exploded for 43 points in the second quarter and another 36 points in the third quarter to lead by as many as 38 points, before resting starters in the fourth quarter.

The Lakers have been able to keep their heads above water against the lesser teams in the league, but they fell to a depleted Heat in their last outing and will do well to hang with the red-hot Nets in this one. The Lakers are already without Anthony Davis and LeBron James, so they could really do with Kyle Kuzma who is listed as questionable for this one. The line seems a little hefty, but I think the Nets roll in this one. 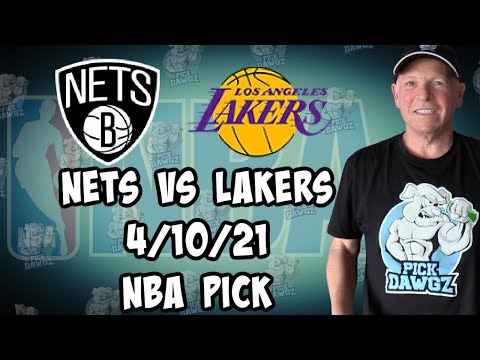