The Detroit Pistons and Portland Trail Blazers meet Saturday in NBA action at the Moda Center.

The Detroit Pistons aren't winning games, but they've had a lot of recent success against the spread and they're actually winning their last five games by an average of 1.2 points. The Pistons only lose in the underdog role by an average of 4.6 points. The Portland Trail Blazers are obviously the better team here, but they've had a lot of bizarre losses this season and have lost three of their last four, some in blowout fashion. This is too many points. Give me the Pistons. 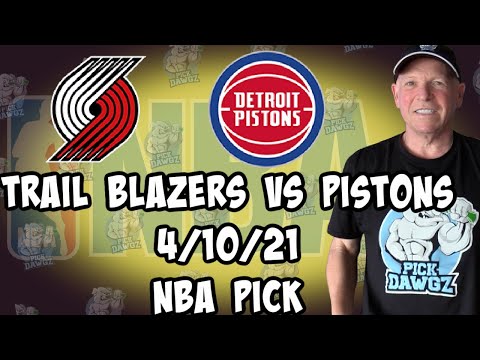