The Philadelphia 76ers travel to the Smoothie King Center to battle the New Orleans Pelicans on Friday night.

The Philadelphia 76ers have been in great shape lately as they’ve won 13 of their past 17 games and they will be looking to stay hot after taking down the Celtics in a 106-96 road win on Tuesday. Joel Embiid led the way with 35 points on nine of 19 shooting, Danny Green drained five 3-pointers on his way to 17 points while Ben Simmons chipped in with 12 points and six assists. As a team, the 76ers shot 46 percent from the field and nine of 24 from the 3-point line as they poured in 34 points in the second quarter to take a 13-point lead into halftime, before pushing the margin out to 21 points in the third quarter to put the game to bed early.

Meanwhile, the New Orleans Pelicans have cooled off recently with four losses in their last five games and they will be hoping to snap a two-game skid after getting routed by the Nets in a 139-111 road loss on Wednesday. Eric Bledsoe led the team with 26 points on nine of 17 shooting, Zion Williamson added 16 points with six assists while Lonzo Ball chipped in with 15 points on six of 11 shooting. As a team, the Pelicans shot just 42 percent from the field and six of 27 from the 3-point line, but they just couldn’t hang with the Nets after they exploded for 43 points in the second quarter. James Johnson had a rough shooting night as he scored just seven points on two of 12 shooting.

Lonzo Ball and Brandon Ingram are both listed as questionable for Friday, so the Pelicans could be severely shorthanded here which spells trouble against a 76ers team who have been rolling through teams lately. The 76ers are 7-2-1 ATS in their last 10 road games and I’m happy to back them to keep that trend going as they should be this one by double-digits. 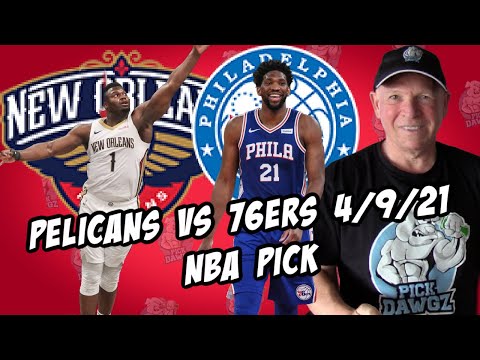