The Boston Celtics play host to the Minnesota Timberwolves at the TD Garden on Friday night.

The Minnesota Timberwolves have been in a rut as they’ve lost five of their past seven games and they will be hoping to bounce back after falling just short to the Pacers in a 141-137 road loss on Wednesday. Karl-Anthony Towns led the team with 32 points, 12 rebounds and six assists, Anthony Edwards added 27 points while Ricky Rubio and D’Angelo Russell each scored 17 points. As a team, the Timberwolves shot 52 percent from the field and 10 of 28 from the 3-point line as they got ambushed in the second quarter where they allowed 42 points to fall behind by 22 points, before watching a second-half rally come up just short.

Meanwhile, the Boston Celtics haven’t been at their best lately, but they’re starting to heat up with three wins in their last four games and will be looking to stay hot after sneaking past the Knicks in a 101-99 home win on Wednesday. Jaylen Brown led the team with 32 points, 10 rebounds and three assists, Jayson Tatum added 25 points with 10 rebounds and five assists while Marcus Smart chipped in with 17 points and nine assists. As a team, the Celtics shot just 41 percent from the field and 15 of 40 from the 3-point line as they rallied back from a seven-point fourth quarter deficit to escape with the narrow win on free throws down the stretch. The Celtics committed a total of 20 turnovers with Tatum committing eight of those himself.

The Timberwolves haven’t been in great shape, but they’re getting healthier as a team and they’re getting plenty of production from Towns and Edwards. The Celtics are clearly the team in better form in this matchup as Brown, Smart and Tatum have all been playing well and the Celtics are also 7-0 ATS in the last seven meetings overall. With that being said, I’m backing the Celtics to take care of business and earn the win and cover here. 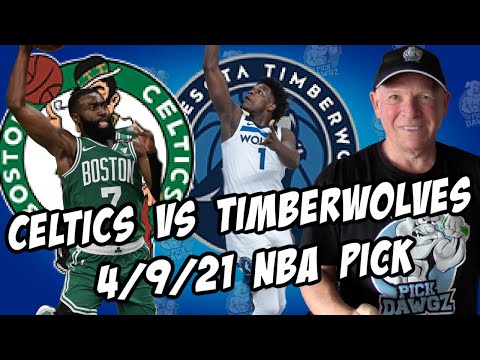