The Memphis Grizzlies and the New York Knicks duke it out at Madison Square Garden on Friday night.

The Memphis Grizzlies have been in great form lately as they’ve won eight of their past 11 games and they will be looking to build on their current four-game win streak after routing the Hawks in a 131-113 road win on Wednesday. Grayson Allen led the way with 30 points on 10 of 18 shooting, Jonas Valanciunas added 19 points with 11 rebounds and four assists, Ja Morant scored 19 points with seven assists while Kyle Anderson chipped in with 16 points and six assists. As a team, the Grizzlies shot 53 percent from the field and 17 of 40 from the 3-point line as they poured in 38 points in the second quarter to take the lead at halftime, before exploding for 43 points in the third quarter to blow the margin out to 26 points.

Meanwhile, the New York Knicks have been in a funk lately as they’ve lost five of their last six games and they will be hoping to avoid a third straight loss after falling short against the Celtics in a 101-99 road loss on Wednesday. RJ Barrett drained six 3-pointers to lead the team with 29 points on 10 of 14 shooting, Julius Randle added 22 points with nine rebounds and six assists while Derrick Rose chipped in with 11 points off the bench, but no other player finished in double figures in scoring. As a team, the Knicks shot just 41 percent from the field and 16 of 33 from the 3-point line which was enough to earn them a seven-point lead in the fourth quarter, before the Celtics rallied to steal the game late.

The Grizzlies have come to life with eight wins in their last 11 games and they must be full of confidence after blowing apart the Hawks in their last outing. The Knicks have had their bright spots this season, but they’re currently stuck in a rut as they’ve lost five of their last six and they just seem to be catching the Grizzlies at the wrong time. Brandon Clarkes is listed as doubtful for the Grizzlies, but I’m still backing them to get the win and cover here over the slumping Knicks. 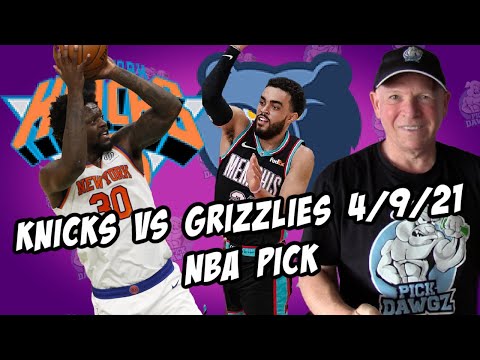