The Indiana Pacers pay a visit to the Orlando Magic at the Amway Center on Friday night.

The Indiana Pacers have been in a bit of a rut as they’ve lost four of their past six games, but they will be looking to build some momentum after sneaking past the Timberwolves in a 141-137 home win on Wednesday. Aaron Holiday led the team in scoring with 22 points on six of eight shooting off the bench, Justin Holiday added 21 points, TJ McConnell racked up 19 points with 15 assists while Caris LeVert chipped in with 18 points. As a team, the Pacers shot a sizzling 59 percent from the field and 14 of 28 from the 3-point line as they exploded for 42 points in the second quarter to lead by as many as 22 points, before hanging on for the narrow win as the Timberwolves rallied with 43 points in the fourth quarter.

Meanwhile, the Orlando Magic have been in a slump as they’ve lost seven of their past 10 games and they will be hoping to put a halt to a three-game slide after getting routed by the Wizards in a 131-116 home loss on Wednesday. Terrence Ross led the team with 24 points on nine of 16 shooting off the bench, Wendell Carter Jr. added 15 points on six of nine shooting while Mo Bamba chipped in with 19 points, eight rebounds and two blocks. As a team, the Magic shot 47 percent from the field and 12 of 31 from the 3-point line as they fell behind by 13-point at halftime after allowing 39 points in the second quarter, before getting blown out in the fourth quarter as the Wizards finished in a flurry.

The Pacers haven’t been anywhere near their best lately, but they looked great in their win over the Timberwolves, especially on the offensive end as they shot 59 percent from the field for the game. The Magic have been in a funk lately and their confidence must be low after getting routed by the slumping Wizards in their last outing. There is a little more to like about the Pacers who have got to turn things around sooner rather than later and they are 9-1 ATS in the last 10 meetings in Orlando. 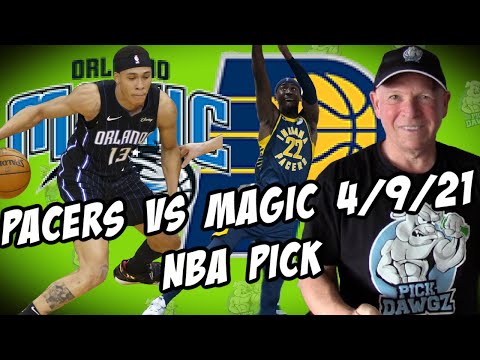