The Cleveland Cavaliers and the Oklahoma City Thunder duke it out at the Chesapeake Energy Arena on Thursday night.

The Cleveland Cavaliers have been in a real slump lately as they’ve lost 11 of their past 15 games, but they will be looking to build some momentum after snapping a five-game slide with a 125-101 road win over the Spurs on Monday. Darius Garland led the team with 37 points and seven assists on 14 of 22 shooting, Collin Sexton added 22 points with five assists while Isaiah Hartenstein chipped in with 16 points, 12 rebounds and three assists off the bench. As a team, the Cavaliers shot 52 percent from the field and 12 of 34 from the 3-point line as they held the Spurs to just 21 points in the second quarter to take a 10-point lead into halftime, before pouring in 43 points in the third quarter to blow the margin out to 32 points.

Meanwhile, the Oklahoma City Thunder have been in a serious rut as they’ve lost seven of their past eight games and they will be hoping to put an end to a four-game slide after falling to the Hornets in a 113-102 home loss last night. Aleksej Pokusevski and Theo Maledon each scored 25 points while Svi Mykhailiuk chipped in with 12 points and five assists. As a team, the Thunder shot just 43 percent from the field and 16 of 41 from the 3-point line but it still wasn’t enough to hang with the balanced scoring of the Hornets who have seven players score at least 12 points. Kenrich Williams scored just six points on two of 12 shooting while Ty Jerome finished with just one point on zero of six shooting.

The Thunder are already dealing with a long list of injuries and they could now be without Aleksej Pokusevski who is listed as questionable with a hip injury. The Cavaliers were really struggling for a while there, but they would’ve taken so much confidence from their big upset win over the Spurs on Monday. The Thunder have lost their last three games by an average of 36.3 points and on zero days’ rest, I think that trend continues here. Give me the Cavaliers to escape with the win and cover here. 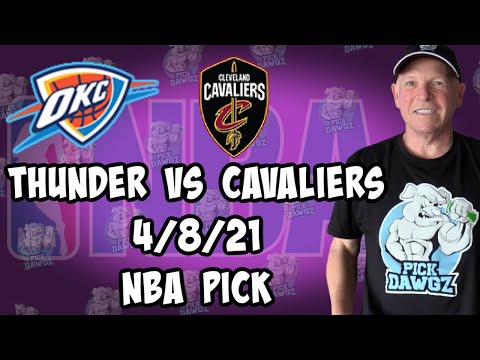