The Chicago Bulls travel to the Amalie Arena to do battle with the Toronto Raptors on Thursday night.

The Chicago Bulls have been in rough shape lately as they’ve lost eight of their past 11 games, but they will be looking for a third straight win after routing the shorthanded Pacers in a 113-97 road win on Tuesday. Nikola Vucevic led the team with 32 points, 17 rebounds and five assists, Zach LaVine added 19 points with eight rebounds and six assists while Lauri Markkanen chipped in with 15 points off the bench. As a team, the Bulls shot 46 percent from the field and 14 of 33 from the 3-point line as they held the Pacers to just 21 points in the second quarter to take a 13-point lead into halftime, before pouring in 35 points in the third quarter to blow the margin out to 23 points.

Meanwhile, the Toronto Raptors have been in a real funk lately as they’ve lost 14 of their past 17 games and they will be hoping to bounce back after getting routed by the Lakers in a 110-101 loss on Tuesday. Pascal Siakam led the team in scoring with 27 points, Chris Boucher added 19 points with eight rebounds while DeAndre Bembry chipped in with 12 points and five steals. As a team, the Raptors shot just 39 percent from the field and a miserly five of 33 from the 3-point line as they allowed 40 points in the first quarter, before going ice-cold in the second quarter where they scored just 14 points to take a 26-point deficit into halftime. The Raptors did make their run in the second half to keep the final scores respectable, but they were just terrible for most of the game.

The Bulls are finally starting to heat up with a couple of wins on the trot following a rough patch, while the Raptors were going for a third straight win before getting routed by the Lakers on Tuesday. The Raptors will be shorthanded once again as Fred VanVleet and Kyle Lowry are both out, so I’m sticking with the improving Bulls to maintain their momentum with a win and cover here. 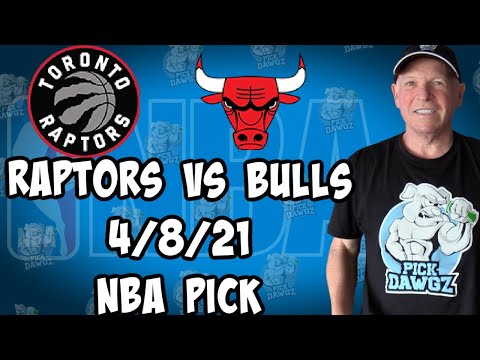