The Orlando Magic play host to the Washington Wizards at the Amway Center on Wednesday night.

The Washington Wizards have been in a major slump lately as they’ve lost 12 of their past 15 games and they will be hoping to arrest a four-game slide after falling painfully short to the shorthanded Raptors in a 103-101 road loss on Monday. Russell Westbrook led the team with a triple-double of 23 points with 14 rebounds and 11 assists, Davis Bertans and Garrison Mathews each scored 17 points while Alex Len chipped in with 13 points, eight rebounds and four blocks. As a team, the Wizards shot just 39 percent from the field and 12 of 35 from the 3-point line as they got off to a quick start and led by as many as 19 points, before going ice-cold in the fourth quarter where they scored just 15 points to get pipped at the buzzer as the Raptors’ Gary Trent Jr. drained the game-winning 3-pointer.

Meanwhile, the Orlando Magic have been in a slump of their own as they’ve lost 15 of their last 19 games and they will be hoping to avoid a third straight loss after falling short against the Nuggets in a 119-109 road loss on Sunday. Chuma Okeke and Terrence Ross each scored 19 points, James Ennis scored 17 points while Wendell Carter Jr. and RJ Hampton each scored 16 points. As a team, the Magic shot 47 percent from the field and 13 of 35 from the 3-point line as they poured in 36 points in the second quarter to lead by as many as 18 points, before getting completely dominated in the second half where the Nuggets outscored them by 72-44. Desmond Bacon had a rough night as he scored just eight points on three of 11 shooting.

The Wizards haven’t been able to buy a win these days and they could again be without Robin Lopez, Rui Hachimura and Bradley Beal who are all listed as questionable for Wednesday. The Magic have been just as bad lately and they will be low on confidence after squandering an 18-point lead against the Jazz in their last outing. You couldn’t bet you hard-earned money on either team with much confidence, but I’m leaning towards the Wizards who will surely come out firing after losing at the buzzer in their last outing. 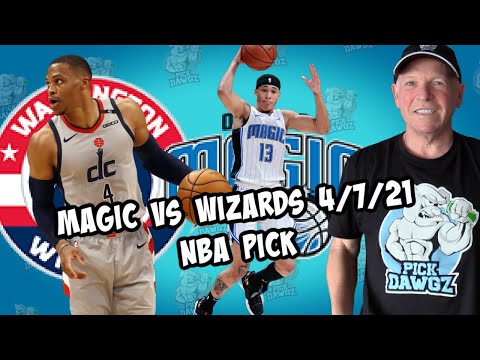