The Minnesota Timberwolves and the Indiana Pacers duke it out at Bankers Life Fieldhouse on Wednesday night.

The Minnesota Timberwolves have been in rough shape as they’ve lost seven of their past 10 games, but they will be looking to build some momentum now after taking down the improving Kings in a 116-106 home win on Monday. D’Angelo Russell led the team with 25 points off the bench, Karl-Anthony Towns added 23 points with 13 rebounds and five assists while Anthony Edwards chipped in with 19 points, eight rebounds and five assists. As a team, the Timberwolves shot just 41 percent from the field and 12 of 32 from the 3-point line as they hung with the Kings all the way until 7:21 left in the fourth quarter where they used a pivotal 12-0 run to pull away and escape with the upset win.

Meanwhile, the Indiana Pacers have been in a rut as they’ve lost four of their last five games and they will be hoping to bounce back after getting routed by the struggling Bulls in a 113-97 home loss last night. Caris LeVert led the team with 20 points, six rebounds and five assists, Jeremy Lamb and Edmond Sumner each scored 15 points while Doug McDermott chipped in with 11 points. As a team, the Pacers shot 43 percent from the field and nine of 30 from the 3-point line as they got off to a slow start and trailed by 13 points at halftime after scoring just 21 points in the second quarter, before getting blown out in the third quarter where they allowed 35 points to fall behind by as many as 23 points.

Head to head, the over is 18-8-1 in the last 27 meetings overall and the Timberwolves are 5-1 ATS in the last six meetings in Indiana.

The Timberwolves haven’t been able to build any momentum lately, but they are now looking dangerous after beating the in-form Kings on Monday, while the Pacers have struggled with injuries lately and are coming into this one off a bad loss to the struggling Bulls. Malcolm Brogdon and Domantas Sabonis were both missing from the lineup last night and their status for Wednesday is unclear. This is certainly a game I’d rather stay away from, but with the Pacers so shorthanded and playing on zero days’ rest, I think the Timberwolves can pull off the minor upset here. 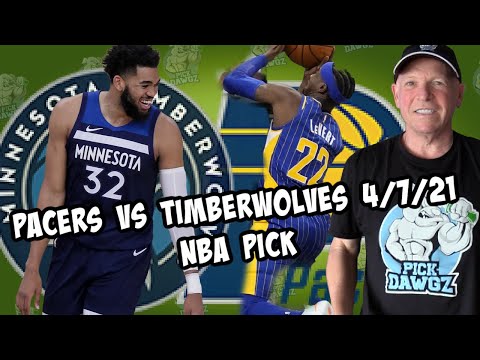