The Philadelphia 76ers invade the TD Garden to do battle with the Boston Celtics on Tuesday night.

The Philadelphia 76ers have been in fine form as they’ve won 12 of their past 16 games, but they will be looking to bounce back in this one after getting routed by the Grizzlies in a 116-100 home loss on Sunday. Tobias Harris led the team with 21 points, eight rebounds and three assists, Shake Milton added 14 points off the bench while Paul Reed chipped in with 10 points, but no other player finished in double figures in scoring. As a team, the 76ers shot just 41 percent from the field and eight of 34 from the 3-point line as they got off to a slow start and scored just 42 points in the first half, before getting completely blown out in the third quarter where the Grizzlies exploded for 45 points to put them behind by as many as 28 points. Danny Green scored just six points on two of seven shooting, while Ben Simmons scored just seven points on two of six shooting.

Meanwhile, the Boston Celtics have been in decent form lately as they’ve won four of their past six games and they will be aiming for a third straight victory after making light work of the Hornets in a 116-86 home win on Sunday. Jayson Tatum led the team with 22 points, eight rebounds and four assists, Jaylen Brown and Evan Fournier each scored 17 points while Robert Williams chipped in with 16 points and eight rebounds on seven of nine shooting. As a team, the Celtics shot 45 percent from the field and 21 of 54 from the 3-point line as they took control of the contest with a 33-17 second quarter push, before exploding for 40 points in the third quarter to put the game to bed early.

Head to head, the 76ers are 1-8 ATS in the last nine meetings in Boston.

The 76ers have been consistently good this season and they’ve barely missed a step despite Joel Embiid spending plenty of time on the sidelines, but the Celtics are starting to heat up now and they looked great in their dominant win over the shorthanded Hornets on Sunday. The 76ers have been the better team this season, but they’re coming off one of their worst games of the season and they are only 1-8 ATS in the last nine meetings in Boston. With that being said, I’m sticking with the Celtics to maintain their momentum with another win and cover here. 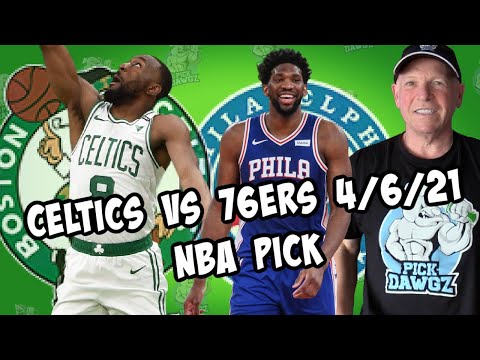