The Los Angeles Lakers and the Toronto Raptors collide at the Amalie Arena on Tuesday night.

The Los Angeles Lakers have been in decent shape as they’ve won three of their last five games, but they will be looking to bounce back in this one after getting routed by the Clippers in a 104-86 road loss on Sunday. Montrezl Harrell led the team in scoring with 19 points, Talen Horton-Tucker added 16 points while Marc Gasol chipped in with 11 points, but no other player finished in double figures. As a team, the Lakers shot just 40 percent from the field and seven of 23 from the 3-point line as they struggled to get going and scored just 38 points in the first half and things only got worse in the third quarter where they scored just 17 points to fall behind by as many as 24 points.

Meanwhile, the Toronto Raptors have been one of the coldest teams in the league as they’ve lost 15 of their past 19 games, but they will be aiming for a third straight victory after taking down the Wizards in a thrilling 103-101 home win last night. Pascal Siakam led the team in scoring with 22 points on 10 of 16 shooting, Gary Trent Jr and Malachi Flynn each scored 16 points, while Deandre Bembry chipped in with 15 points, seven rebounds and five assists. As a team, the Raptors shot 46 percent from the field and seven of 33 from the 3-point line as they struggled to get going an trailed by as many as 19 points, before rallying in the fourth quarter and winning in dramatic fashion as Trent Jr. drained the game-winning 3-pointer at the buzzer.

The Lakers have been able to keep their heads above water despite the absence of LeBron James and Anthony Davis, but their confidence took a real hit after scoring just 86 points in a loss to the Clippers on Sunday. The Raptors have definitely been one of the most disappointing teams this season, but they’ve come to life with two wins in a row and they will be full of confidence following their dramatic comeback win last night. The Raptors will again be without their starting backcourt in Kyle Lowry and Fred VanVleet, but they’ve looked great in their last couple of wins and I think they can keep the streak alive against a shorthanded Lakers lineup. 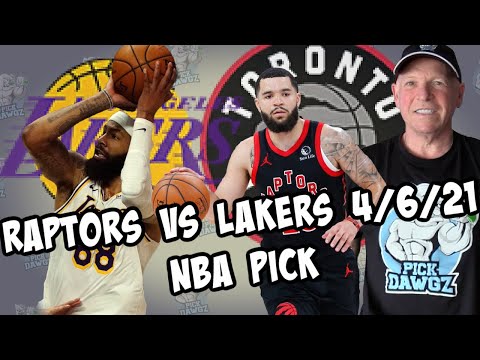