The Indiana Pacers play host to the Chicago Bulls at Bankers Life Fieldhouse on Tuesday night.

The Chicago Bulls have been in a real slump as they’ve lost eight of their past 10 games but they will be looking to build some momentum after snapping a six-game slide with a 115-107 upset win over the Nets on Sunday. Zach LaVine led the team with 25 points and five assists, Nikola Vucevic added 22 points with 13 rebounds and two blocks, Tomas Satoransky added 19 points with 11 assists on eight of 10 shooting while Thaddeus Young chipped in with 12 points and five assists. As a team, the Bulls shot 55 percent from the field and eight of 22 from the 3-point line as they took control of the game by holding the Nets to just 18 points in the second quarter, before pouring in 32 points in the third quarter to lead by as many as 18 points.

Meanwhile, the Indiana Pacers have been in decent shape as they’ve won five of their past nine games and they will be breathing a little sigh of relief after snapping a three-game skid with a 139-133 overtime win at San Antonio on Saturday. Caris LeVert led the team with 26 points and nine assists, Myles Turner scored 18 points with seven rebounds and four blocks while TJ McConnell and Aaron Holiday each scored 18 points off the bench. As a team, the Pacers shot a healthy 55 percent from the field and 12 of 29 from the 3-point line as they squandered an 11-point lead in regulation, before taking over in overtime where they held the Spurs to just seven points to escape with the narrow win.

The Bulls were able to put a stop to a six-game slide with an upset win over the shorthanded Nets on Sunday, so they will be quietly confident coming into Tuesday and it’s a similar story for the Pacers who lost three in a row before taking down the Spurs in overtime on Saturday. Coby White is expected to return in this one which is a boost for the Bulls, while the Jeremy Lamb, Malcolm Brogdon and Domantas Sabonis is listed as questionable for the Pacers. This is a tough one to pick as the Bulls are 1-6 ATS in the last seven meetings overall, while the Pacers are only 5-16 ATS in their last 21 home games. I’m leaning towards the more consistent Pacers in a close one. 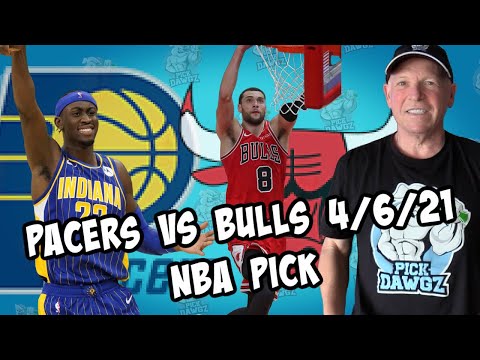