The Dallas Mavericks play host to the Utah Jazz at the American Airlines Center on Monday night.

The Utah Jazz have been in red-hot form lately as they will be looking to build on their current nine-game win streak after making light work of the Magic in a 137-91 home win on Saturday. Donovan Mitchell led the team with 22 points on eight of 11 shooting, Bojan Bogdanovic and Joe Ingles each scored 17 points while Jordan Clarkson chipped in with 15 points and nine assists off the bench. As a team, the Jazz shot a healthy 55 percent from the field and 26 of 55 from the 3-point line as they stormed out of the gates with 78 points in the first half, before holding the Magic to just 19 points in the fourth quarter to record their biggest wins of the season.

Meanwhile, the Dallas Mavericks have been in great form as well as they’ve won six of their past eight games and they will be aiming for a fifth straight victory after routing the slumping Wizards in a 109-87 road win on Saturday. Luka Doncic led the team with 26 points, eight rebounds and six assists, Tim Hardaway Jr. added 16 points on six of 19 shooting, Jalen Brunson scored 19 points off the bench while Boban Marjanovic chipped in with 15 points and 12 rebounds. As a team, the Mavericks shot 44 percent from the field and 10 of 30 from the 3-point line, but this win was about their defense as they took the early lead by holding the Wizards to just 19 points in the first quarter, before running away with it in the fourth quarter where they outscored the Wizards by 34-20 to win comfortably in the end.

Josh Richardson and Kristaps Porzingis are both listed as questionable, so the Mavericks will likely be shorthanded once again as they take on the surging Jazz who just destroyed the Magic by 46 points. The Mavericks have been in great form and you can just about pencil in Doncic for a big triple-double in this one, but the Jazz are 4-1-1 ATS in the last six meetings overall and I think they stay hot with another win and cover here. 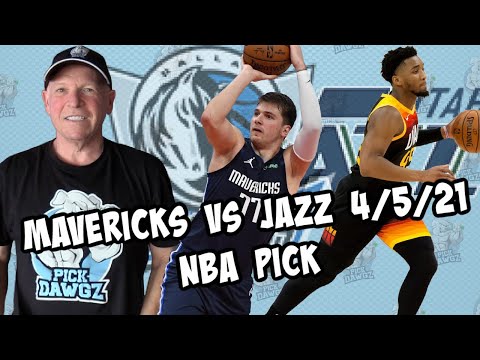