The Sacramento Kings and the Minnesota Timberwolves duke it out at the Target Center on Monday night.

The Sacramento Kings have been in decent shape lately as they’ve won seven of their past 11 games, but they will be eager to put an end to a three-game slide after falling painfully short to the Bucks in a 129-128 home loss on Saturday. De’Aaron Fox led the team with 27 points and six assists, Terence Davis added 27 points with two blocks on 10 of 14 shooting off the bench, Buddy Hield scored 19 points while Tyrese Haliburton chipped in with 12 points and 11 assists. As a team, the Kings shot 49 percent from the field and 17 of 39 from the 3-point line as they trailed by 13 points midway through the fourth quarter, before seeing their late rally come up short as they cut the deficit to just one before the clock expired.

Meanwhile, the Minnesota Timberwolves have been in a slump as they’ve lost seven of their past nine games and they will be hoping to snap a two-game skid after falling short to the 76ers in a 122-113 road loss on Saturday. Karl-Anthony Towns led the team with 39 points, 14 rebounds and five assists, Anthony Edwards added 27 points on 10 of 23 shooting while Jordan McLaughlin chipped in with 12 points and nine assists. As a team, the Timberwolves shot 44 percent from the field and 12 of 36 from the 3-point line as they got off to a nice start to take the early lead, before getting completely outplayed in the second and third quarters where they allowed 71 points to fall behind by as many as 19 points.

Head to head, the over is 6-1 in the last seven meetings in Minnesota.

The Kings have cooled off lately with three losses on the trot and they will be particularly disappointed after falling just short to the shorthanded Bucks in their last outing. The Timberwolves haven’t been able to build any momentum lately as they’ve lost seven of their last nine, but they were competitive against the 76ers on Saturday thanks largely to Towns who poured in 39 points. Ricky Rubio and Malik Beasley are both listed as doubtful in this one, so I’m taking the Kings to bounce back into form with a much-needed win here. 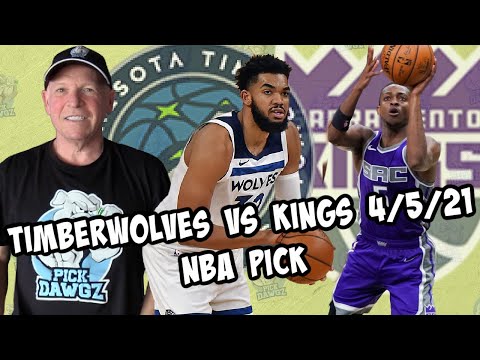