The Memphis Grizzlies invade the Wells Fargo Center to take on the Philadelphia 76ers on Sunday night.

The Memphis Grizzlies have been in fine form as they've won five of their past eight games and they will be looking to stay hot after taking down the Timberwolves in a 120-108 home win on Friday. Jonas Valanciunas led the team with 19 points and 11 rebounds, Grayson Allen added 15 points while Ja Morant and Tyus Jones each scored 11 points. As a team, the Grizzlies shot 44 percent from the field and 19 of 39 from the 3-point line, but they couldn't shake off the pesky Timberwolves until the second half where they outscored them by 52-42. Eight players finished in double figures and no starters played more than 28 minutes.

Meanwhile, the Philadelphia 76ers have been in great shape as they've won 12 of their past 15 games and they will be aiming for a third straight win after last night's 122-113 home win over the struggling Timberwolves. Tobias Harris led the team with 32 points on 13 of 17 shooting, Joel Embiid added 24 points with eight rebounds and three blocks while Ben Simmons and Shake Milton each scored 14 points. As a team, the 76ers shot 50 percent from the field and 12 of 28 from the 3-point line as they took control of the game with 38 points, before outscoring the Timberwolves by 33-23 in the third quarter to lead by as many as 19 points.

The Grizzlies are coming into this one with plenty of momentum, but that's nothing compared to the 76ers who are looking even more dangerous with Embiid back in the lineup. I'm expecting a close contest, so I'd take the Grizzlies if I was getting enough points, but with the line as it is, I'm sticking with the red-hot 76ers to get the win and cover here. 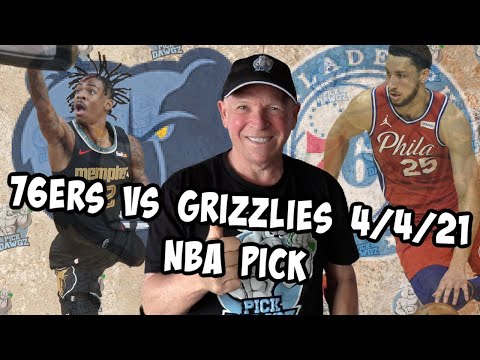