The Los Angeles Lakers have been in decent form as they've won three of their past four games and they will be looking to stay hot after blowing past the Kings in a 115-94 road win on Friday. Kyle Kuzma led the team with 30 points on 11 of 18 shooting, Dennis Schroder added 17 points with eight assists, while Talen Horton-Tucker chipped in with 15 points off the bench. As a team, the Lakers shot 47 percent from the field and 17 of 33 from the 3-point line as they took control of the game with 36 points in the second quarter, before running away with it in the second half where they held the Kings to just 41 points.

Meanwhile, the Los Angeles Clippers have been in great shape as they've won eight of their past 12 games, but they will be hoping to avoid a third straight defeat after getting stopped by the Nuggets in a 101-94 loss on Thursday. Kawhi Leonard led the team with 24 points, 12 rebounds and four assists, Terence Mann added 18 points on eight of 10 shooting off the bench while Paul George chipped in with 17 points, eight rebounds and five assists. As a team, the Clippers shot just 41 percent from the field and 10 of 34 from the 3-point line as they fell behind by double-digits early after scoring just 20 points in the first quarter, before getting back into the contest behind their defense as they held the Nuggets to just 39 points in the second half.

Davis and LeBron James are both still out, so the Lakers will once again be shorthanded for this one. The Clippers are still waiting on Patrick Beverley and Serge Ibaka to return, but they're mostly at full strength otherwise. The Clippers always get up for the Lakers and I don't see them showing any mercy here. 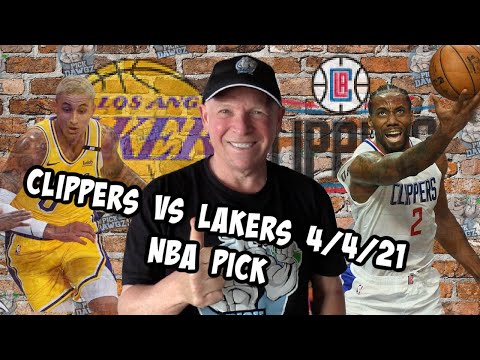