The Boston Celtics play host to the Charlotte Hornets at the TD Garden on Sunday night.

The Charlotte Hornets have been in fine form as they've won five of their past seven games and they will be aiming to stay hot after blowing past the Pacers in a 114-97 road win on Friday. Miles Bridges led the team with 23 points, 10 rebounds and two steals, Cody Zeller added 17 points, Terry Rozier scored 15 points while Gordon Hayward chipped in with 13 points, eight rebounds and six assists. As a team, the Hornets shot 45 percent from the field and eight of 31 from the 3-point line as they took control of the contest with 32 points in the second quarter, before finishing in a flurry as they outscored the Pacers by 30-21 in the fourth quarter. Devonte Graham was the only blemish from the loss as he scored just 12 points on three of 15 shooting.

Meanwhile, the Boston Celtics have been in decent form as they've split their last eight games and they will be looking to build some momentum after making light work of the slumping Rockets in a 118-102 home win on Friday. Jayson Tatum led the team with 26 points on nine of 17 shooting, Evan Fournier drained seven 3-pointers on his way to 23 points off the bench, Jaylen Brown scored 22 points with 11 rebounds while Robert Williams chipped in with 20 points, nine rebounds and eight assists. As a team, the Celtics shot 52 percent from the field and 17 of 41 from the 3-point line as they set the tone with 33 points in the first quarter and they didn't slow down in the second half where they poured in 66 points to win easily.

The Hornets are coming into this game with plenty of momentum and they would've taken so much confidence from their big win over the Pacers on Friday, while the Celtics will be looking to stay hot after blowing past the hapless Rockets in their last outing. The Hornets are already without LaMelo Ball and now they're going to be without Malik Monk and Gordon Hayward, so they'll be severely shorthanded here. The line seems a bit too hefty, but with the Hornets so shorthanded, I'm taking the Celtics to take full advantage in this one. 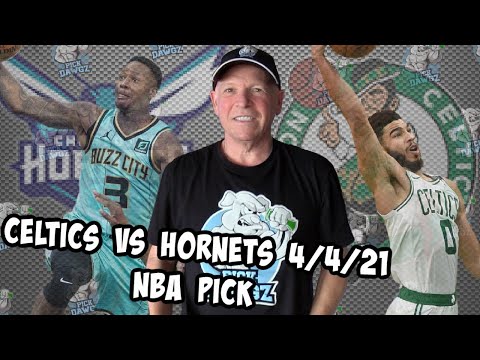