The Cleveland Cavaliers invade the American Airlines Arena to battle the Miami Heat on Saturday night.

The Cleveland Cavaliers have been in a real slump lately as they've lost 10 of their past 13 games and they will be hoping to put an end to a four-game slide after getting routed by the 76ers in a 114-94 home loss on Thursday. Collin Sexton led the team in scoring with 24 points on seven of 15 shooting, Dean Wade added 16 points with eight rebounds while Kevin Love chipped in with 13 points on four of 10 shooting. As a team, the Cavaliers shot just 42 percent from the field and 10 of 35 from the 3-point line as they hung with the 76ers in the first half, before getting blown out in the second half by 56-38. Matthew Dellavedova played his first game in more than a year but finished scoreless on zero of four shooting.

Meanwhile, the Miami Heat look to have moved on from their six-game slide as they're now aiming for a fourth straight victory after sneaking past the Warriors in a 116-109 home win on Thursday. Jimmy Butler led the team with 22 points, eight assists, and four steals, Duncan Robinson added 21 points, Tyler Herro added 20 points off the bench while Bam Adebayo chipped in with 19 points, eight rebounds, and six assists. As a team, the Heat shot 47 percent from the field and 13 of 39 from the 3-point line as they took control of the game with 36 points in the second quarter, before going on a pivotal 10-0 run in the fourth quarter to pull away for the win.

The Cavaliers have had their moments at the early stages of the season, but they've been ice-cold lately as they've lost their last four games by an average of 18.7 points, while the Heat have been a team on the rise as they're just about at full strength and coming off a third straight win. The Cavaliers are only 1-11 ATS in the last 12 meetings in Miami and I think that trend continues as the Heat should be way too good here. 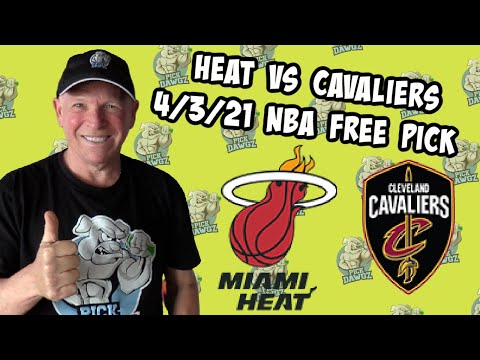