The Golden State Warriors invade the American Airline Arena to do battle with the Miami Heat on Thursday night.

The Golden State Warriors have been in rough shape as they’ve lost nine of their past 13 games, but they will be looking to build some momentum now after snapping a three-game slide with a 116-102 home win over the Bulls on Monday. Stephen Curry returned from a five-game absence to lead the way with 32 points and six assists, Andrew Wiggins added 21 points with five assists, Kelly Oubre Jr. scored 18 points with 11 rebounds while Draymond Green chipped in with 11 points and nine assists. As a team, the Warriors shot 50 percent from the field and 16 of 38 from the 3-point line as they took the early lead with 34 points in the first quarter, before winning behind their defense in the second half where they held the Bulls to just 42 points.

Meanwhile, the Miami Heat look to have moved on from their ugly six-game skid as they’re now looking to build on their current two-game win streak after outlasting the Pacers in a 92-7 road win last night. Duncan Robinson led the team in scoring with 20 points, eight rebounds and four assists, Jimmy Butler added 18 points with five rebounds and four assists, Tyler Herro scored 17 points off the bench while Bam Adebayo racked up 16 points with eight rebounds and seven assists. As a team, the Heat shot 41 percent from the field and 10 of 32 from the 3-point line, but this win was about their defense as they trailed for most of the game until the fourth quarter where they held the Pacers to just 20 points to escape with the win.

The Warriors were really struggling without their best player in Stephen Curry, but they will be keen to get something going after he led the way with 32 points in his first game back. The Heat are still struggling on the offensive end at times, but they’ve been able to rely on their defense, especially in the last two games as they held the Knicks to just 88 points, before holding the Pacers to just 87 points last night. I’m expecting a close one, but the Warriors are 2-6 ATS in their last eight road games and 1-4 ATS in the last five meetings overall. Give me the Heat in a close one. 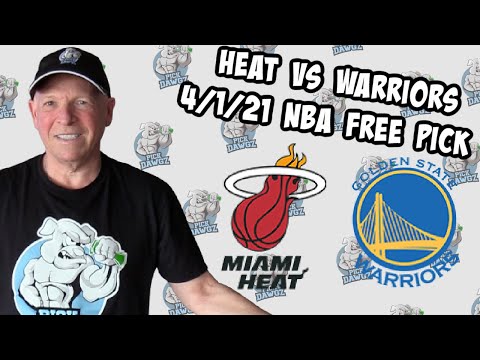