The Utah Jazz invade the FedExForum to take on the Memphis Grizzlies on Wednesday night.

The Utah Jazz have been on fire lately as they will be looking to build on their current six-game win streak after dismantling the Cavaliers in a 114-75 home win on Monday. Donovan Mitchell led the team with 19 points, Mike Conley added 18 points with five assists while Rudy Gobert chipped in with 18 points, 17 rebounds and four blocks. As a team, the Jazz shot 46 percent from the field and 19 of 41 from the 3-point line, but this win was about their impressive defense as the win was never in doubt after holding the Cavaliers to just 34 points in the first half.

Meanwhile, the Memphis Grizzlies have been in decent shape lately as they’ve won five of their past eight games and they will be looking to build some momentum after taking down the slumping Rockets in a 120-110 road win on Monday. Jonas Valanciunas led the team with 30 points and 15 rebounds, De’Anthony Melton added 23 points off the bench while Dillon Brooks and Desmond Bane each scored 17 points. As a team, the Grizzlies shot a healthy 54 percent from the field and 11 of 31 from the 3-point line as they found themselves in a real arm wrestle with the Rockets, until their defense took over as they held the Rockets to just six points in the final 7:16 to pull away late.

The Jazz are coming into this game with plenty of momentum as they’ve won six straight and just blew out the Cavaliers by 39 points on Monday. The Grizzlies haven’t quite been as dominant, but they are coming off a win over the slumping Rockets and are always a chance if Ja Morant has a big night. It’s tempting to automatically take the Jazz to keep running through teams, but the Grizzlies are 6-1 ATS in their last seven home games and I think they can do enough to get the cover in this spot. 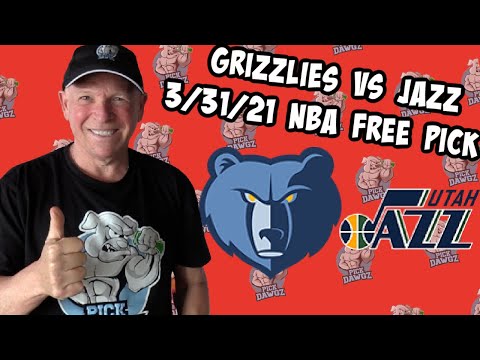