The Miami Heat and the Indiana Pacers do battle at Bankers Life Fieldhouse on Wednesday night.

The Miami Heat have really been out of sorts lately as they were on an ugly six-game slide before snapping out of it with a 98-88 road win over the Knicks on Monday. Jimmy Butler led the team with 27 points and six assists on 10 of 15 shooting, Bam Adebayo added 20 points with 17 rebounds and four assists while Tyler Herro provided the spark off the bench with 18 points. As a team, the Heat shot just 43 percent from the field and 10 of 34 from the 3-point line, but their defense was on point as they trailed at halftime, before taking full control of the game in the third quarter where they outscored the Knicks by 39-21 to build a 16-point lead.

Meanwhile, the Indiana Pacers have been in decent shape lately as they’ve won four of their past six games, but they will be hoping to bounce back here after falling short against the Wizards in a 132-124 road loss on Monday. Domantas Sabonis led the team with 35 points, 11 rebounds and six assists, Malcolm Brogdon added 26 points with eight assists while Myles Turner chipped in with 11 points and four blocks. As a team, the Pacers shot 47 percent from the field and 12 of 30 from the 3-point line as they took the narrow lead at halftime, but they couldn’t keep pace with the Wizards in the second half where the Wizards poured in 75 points behind a monster triple-double from Russell Westbrook.

The Heat were really struggling during their six-game slide, before snapping out of it with a solid win over the Knicks and you just feel that they’re only going to get better once Victor Oladipo finds his spot in the rotation. The Pacers were in decent form better getting stopped in their tracks by the Wizards on Monday, so they’re coming into this one with a bit of momentum. This is a tough one to pick, but the Pacers are 3-13 ATS in their last 16 home games, so I’m taking the Heat in a close one. 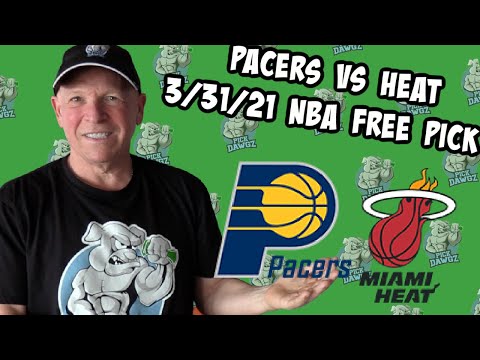