The Houston Rockets and the Brooklyn Nets collide at the Barclays Center on Wednesday night.

The Houston Rockets have been in terrible form as they’ve lost 23 of their past 25 games and they will be hoping to bounce back after falling short against the Grizzlies in a 120-110 home loss on Monday. Kelly Olynyk led the team with 25 points, nine rebounds and two blocks, Jae’Sean Tate added 24 points on nine of 18 shooting while DJ Augustin chipped in with 13 points and five assists. As a team, the Rockets shot 42 percent from the field and 11 of 42 from the 3-point line as they hung in the contest right until the fourth quarter as they managed just six points in the final 7:16.

Meanwhile, the Brooklyn Nets have been on fire for a while now as they’ve won 18 of their last 21 games and they will be aiming for a third straight victory after sneaking past the Timberwolves in a 112-107 home win on Monday. James Harden led the team with a triple-double of 38 points with 11 rebounds and 13 assists, Kyrie Irving added 27 points with seven rebounds and three assists while Bruce Brown and DeAndre Jordan each scored 10 points. As a team, the Nets shot 47 percent from the field and 10 of 30 from the 3-point line as they set the tone with 37 points in the first quarter to take the early double-digit lead, before holding on for the narrow win after the Timberwolves got to within one point with 58 seconds remaining.

It’s no surprise that the Nets are heavy favorites in this one as they’ve been in red-hot form and clearly have enough firepower to win easily against a Rockets team who have lost 23 of their last 25 games. The Rockets are only 3-9 ATS in the last 12 meetings overall and I can’t see anything but a big win for the Nets in this spot. 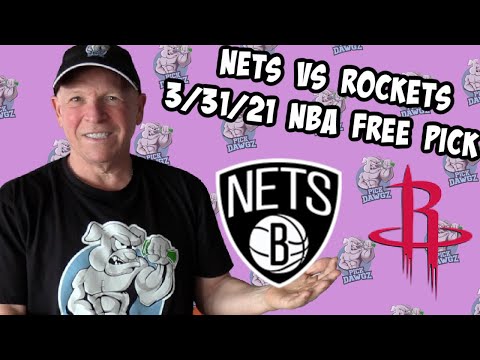