The Boston Celtics play host to the Dallas Mavericks duke it out at the American Airlines Center on Wednesday night.

The Dallas Mavericks have been in decent shape as they’ve won nine of their past 15 games and they will be looking to build some momentum after making light work of the Thunder in a 127-106 road win on Monday. Luka Doncic led the team with 25 points and seven assists, Kristaps Porzingis added 20 points with nine rebounds and five assists while Tim Hardaway Jr. chipped in with 19 points off the bench. As a team, the Mavericks shot 53 percent from the field and 16 of 44 from the 3-point line as they shot out to an early lead with 71 points in the first half, before winning with their defense in the second half where they held the Thunder to just 43 points.

Meanwhile, the Boston Celtics have been in a rut as they’ve lost six of their past nine games and they will be hoping to bounce back after falling short to the Pelicans in a 115-109 home loss on Monday. Jayson Tatum led the team with 34 points, nine rebounds and five assists, Kemba Walker added 23 points with four assists while Marcus Smart chipped in with 15 points. As a team, the Celtics shot 43 percent from the field and 14 of 43 from the 3-point line as they struggled to contain the Pelicans right from the start and fell behind by as many as 17 points, before making a late run to cut the deficit to just three with 50.5 seconds remaining. New recruit Evan Fournier had a night to forget as he finished missed all 10 shot attempts to finish scoreless in 33 minutes of action off the bench.

Head to head, the Mavericks are 8-3 ATS in the last 11 meetings in Boston.

The Mavericks have been playing well lately and they will be full of confidence following their 21-point road win over the Thunder, while the Celtics have been out of sorts lately and are coming off a tough loss to the streaky Pelicans. Jaylen Brown is currently listed as questionable with a bruised left hip, so I’m leaning towards the Mavericks who are 8-3 ATS in the last 11 meetings in Boston. 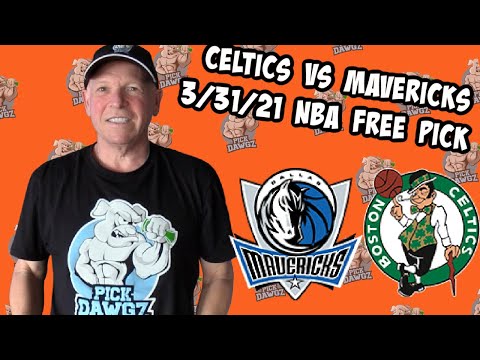