The Miami Heat pay a visit to the New York Knicks at Madison Square Garden on Monday night.

The Miami Heat haven’t been at their best lately as they will be hoping to put a halt to a six-game skid after falling short against the Hornets in a 110-105 road loss on Friday. Jimmy Butler led the team with 20 points and nine assists, Duncan Robinson added 20 points with four assists while Bam Adebayo chipped in with 17 points with eight rebounds and two assists. As a team, the Heat shot 46 percent from the field and 15 of 43 from the 3-point line as they got off to a terrible start and quickly found themselves trailing by as many as 30 points, before making a late rally in the fourth quarter to cut the deficit to just four points late.

Meanwhile, the New York Knicks have been on a nice run lately as they’ve won four of their past five games and they will be looking to build on their current three-game win streak after taking down the red-hot Bucks in a 102-96 road win on Saturday. Alec Burks led the team with 21 points, 10 rebounds and five assists, RJ Barrett added 21 points with seven rebounds and seven assists while Derrick Rose and Immanuel Quickley each scored 13 points. As a team, the Knicks shot just 43 percent from the field and 16 of 44 from the 3-point line, but this win was about their defense as they held the Bucks to just 19 points in the fourth quarter to escape with the win.

The Heat have really gone cold with six losses on the trot, but given the acquisition of Victor Oladipo, I expect them to bounce back sooner rather than later. The Knicks have continued their climb up standings with three wins on the trot, so they’re coming into this one with plenty of momentum. These two squads have already met twice this season with the Heat winning on both occasions by a combined eight points, but I think the Knicks get their revenge in this one. 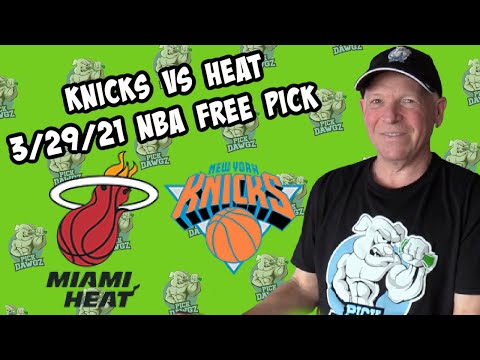