The Phoenix Suns and the Charlotte Hornets duke it out at the Spectrum Center on Sunday afternoon.

The Phoenix Suns have been in great shape lately as they’ve won 10 of their past 13 games and they will be looking to stay hot after sneaking past the Raptors in a 104-100 road win on Friday. Chris Paul led the team with 19 points and eight assists, DeAndre Ayton added 19 points with nine rebounds and two blocks on nine of 12 shooting, while Devin Booker chipped in with 16 points. As a team, the Suns shot 47 percent from the field and nine of 36 from the 3-point line as they got off to a solid start and worked their way to a 14-point lead, before having to hold on for the narrow win despite scoring just four points in the final 3:49 of the fourth quarter.

Meanwhile, the Charlotte Hornets have been in decent shape as they’ve won seven of their past 10 games and they will be looking to build on their current three-game win streak after taking down the Heat in a 110-105 home win on Friday. Malik Monk led the team with 32 points on 12 of 17 shooting off the bench, Terry Rozier added 26 points with 11 assists while Devonte Graham chipped in with 16 points and eight assists. As a team, the Hornets shot 49 percent from the field and 18 of 43 from the 3-point line as they stormed out of the gates with 40 points in the first quarter to take a 23-point lead at halftime, before escaping on free throws after the Heat cut the lead to just three points with 6.6 seconds remaining.

The Suns were a little bit lucky to get past the Raptors in their last outing, but that doesn’t take away from the fact that they’ve been in great form for a while now, so it should be a good contest against the Hornets who are coming into this one with plenty of momentum themselves. I would probably go with the Hornets and the points if they were at full strength, but instead, I’m staying with the more consistent Suns who are 21-7 ATS in their last 28 road games. 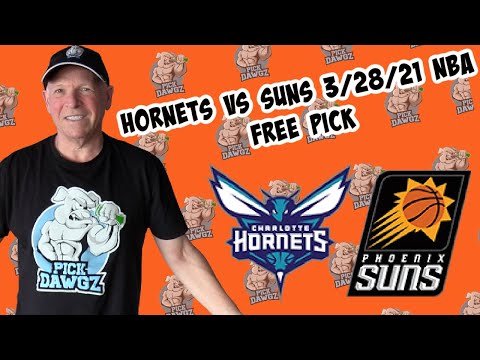