The Orlando Magic and Los Angeles Lakers meet Sunday in NBA action at the Staples Center.

The Orlando Magic haven't been a good team this season overall, and you probably haven't seen them at their worst with Nikola Vucevic, Aaron Gordon and Evan Fournier no longer in the mix. The Los Angeles Lakers aren't a team I'm thrilled to lay chalk with as long as LeBron and AD remain sidelined, but the Magic's roster is borderline G League status when you throw in the fact Terrence Ross and Cole Anthony are sidelined with injuries. The Magic are rough to say the least. It's the Lakers and the chalk or pass for me. 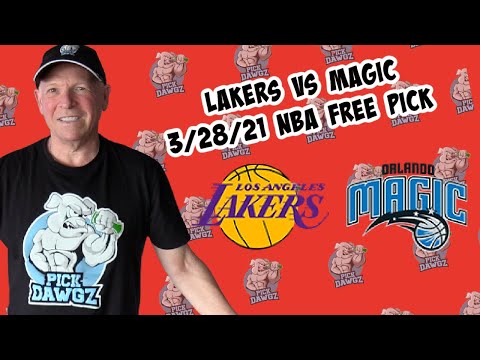